9:38 AM CuteNaija 0 Latest News in Nigeria 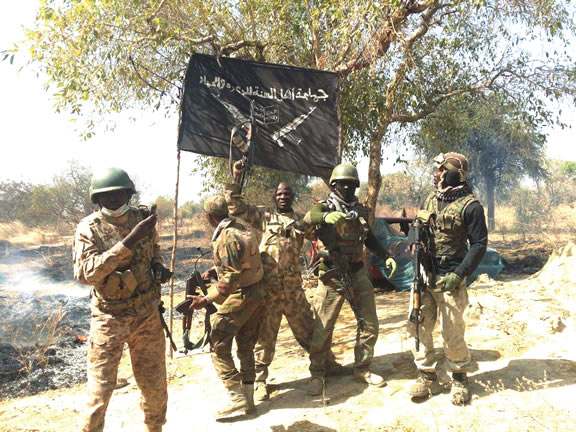 Some of the scores of soldiers, who went missing following the Boko Haram and Islamic State fighters’ attacks on the army bases in Metele and Baga, Borno State, in November 2018, have yet to be rescued by the military, after over six months.

This was confirmed by the Multi-National Joint Task Force on Sunday, which explained that its operation, Yancin Takfi, “is progressing steadily and is committed to rescuing all personnel who were declared missing in action.”

This is just as some soldiers serving in the North-East spoke on condition of anonymity that their Ration Cash Allowance could no longer meet the economic realities and was “grossly inadequate” for the hazards they faced daily. The troops currently receive N30,000 monthly.

The military base in Metele, northern Borno, belonging to the 157 Battalion, had been attacked by the Islamic State West African Province fighters in November 2018, with the army confirming the death of 23 soldiers.

While 37 soldiers were also injured, scores of others were missing in action during the attack, with concerns that they were abducted by the insurgents and could be used as informants.

The terrorists had also on December 28, 2018, attacked Baga, which is the headquarters of the MNJTF, carting away ammunition and also abducting a yet-to-be-confirmed number of soldiers.

On Sunday, the MNJTF Chief of Military Information, Col Timothy Antigha, confirmed that the military was still searching for some missing soldiers in the Metele and Baga attacks.

Military sources told our correspondent on Sunday that despite the soldiers missing over six months, they would not be categorised as dead, unless their corpses were found.

Antigha, in a release, said, “The MNJTF had referenced a couple of ISWAP attacks on troops’ locations in Metele and Baga between December 2018 and January 2019. The MNJTF had made it known that there were personnel casualties and others missing in action.

“Following ISWAP attack on troops’ locations in Baga and surrounding localities between December 2018 and January 2019, the MNJTF launched Operation Yancin Tafki to rescue missing personnel and recover lost equipment. The operation, which is progressing steadily, is committed to rescuing all MNJTF personnel who were declared missing in action.

“The MNJTF therefore wishes to assure the good people of the Lake Chad region that the force will never leave any personnel behind, as the operation continues. It is essential to state that contrary to the dubious claims, ISWAP’s influence has been curtailed considerably due to relentless pursuits by the MNJTF and national forces.”

Meanwhile, one of the troops in Borno, said, “Soldiers in the frontline are not finding it easy. The allowances given to us are very poor. We expect that if the insurgency war started in 2014, by now, there should be increment in allowances so as to boost our morale. But what do we get? What do our families gain if we die?

“Boko Haram strikes every moment and they can still strike our bases. If any soldier dies, who takes care of his family? Who sends his children to school? I believe the allowances given to us should be reviewed.”

The acting Director, Defence Information, Col Onyema Nwachukwu, could not be reached for comment on Sunday as his line rang out. A text message sent to his line had also yet to be replied to as of press time.