9:20 AM CuteNaija 0 Latest News in Nigeria 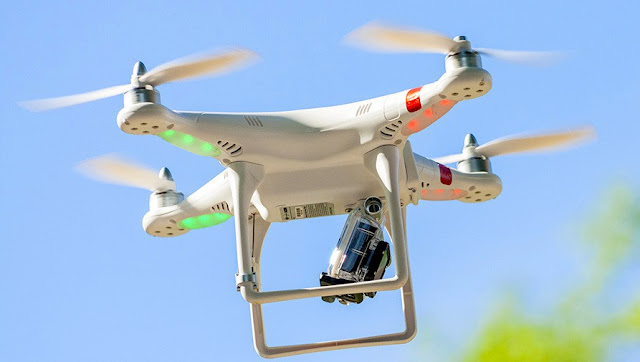 In a bid to further curtail kidnapping incidents in Ondo and Ekiti states, the Nigerian Army has procured some anti-kidnapping drones to fight the hoodlums hiding in the two states.

It was gathered that the drones would be employed to search for the hideouts of the criminals in the bushes and forests in the two states.

At the launch of the drones in Osi community in Akure, on Friday, the Commander, 32 Artillery Brigade of the Army, Akure, Brig. Gen Zakari Abubakar, said the newly acquired drones would be deployed to flashpoints in the two states.

He said that the Chief of Army Staff, Major General Tukur Buratai, had directed that kidnapping and other crimes must be eliminated from both states through the use of technology.

The commander added that the anti-kidnapping squad earlier formed by the brigade for the two states would make use of the two drones to locate hideouts of the kidnappers.

He said, “In recent times, cases of kidnapping had increased in Ondo and Ekiti states, and the General Commanding of the division, General Azinta, had directed that we must do everything possible to bring criminality in the two states to an end. So, we decided to establish the anti-kidnapping squad. And for the past three weeks now, this squad has recorded a lot of success.

“But there are thick forests in these two states and that is the advantage some of these criminals are using. In some places, you cannot penetrate easily. So, in line with the army chief’s directive and vision, which is to have a responsive Nigerian Army in the discharge of its constitutional role, we decided to use technology in addition to the anti-kidnapping squad in getting these drones, one in Ondo and the other one in Ekiti.”