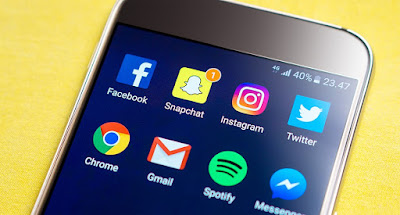 Official data shows that as of March 2019, more than 111 million citizens of Nigeria use Internet.

As such, Nigeria stood well at the top in the list of African countries with the highest number of internet users, statistics further read.

Long gone are the days when Internet used to be a luxury to which only a certain group of people had access. In today’s world an enormous number of people who belong to different categories be it in terms of economic, social, political etc status, use internet in daily basis. Pretty much, our daily live today is highly depended on Internet.

But Internet is not only a tool for day to day use as often times is quite of significant economic indicator. While the use of internet in developed countries is extensive and taken for granted, on the other hand, there are countries where Internet use is limited and remains a hard challenge.


Due to its high financial demands and lack of human resources, limited access on Internet has been a particular issue in Africa. However, statistics indicate that many improvements are done in this direction, especially in some countries.

Statistics also shows that the main source of web traffic in Nigeria are mobile devices. But to this point no statistics over for what reasons do Nigerians use Internet are given which would be very important since it will also give a social context to why people in that area tend to use the Internet the most. Aiming to respond to this puzzle.

TinderOplus.com has conducted a survey in order to gain insights as per how many Nigerians use Internet for online dating apps. It turns that many of them do.

Among 946 respondents who mentioned social media as the main reason why they use Internet, a proportion of 32% or 303 of them put Tinder as their most used social media apps. According to the survey’s findings the most common reason they use Tinder is the opportunity to find potential “matches”.