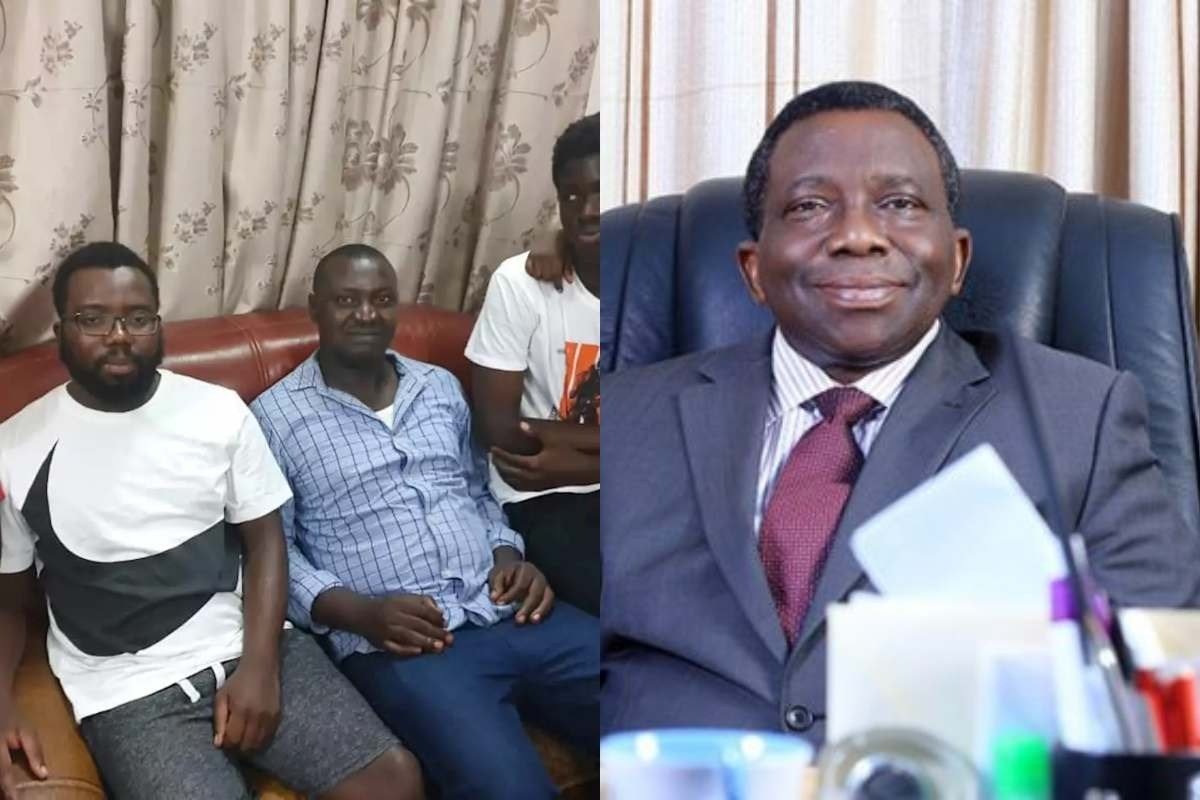 Son of Prof Isaac Adewole, former Minister of Health, Mr. Adedayo Adewole, who was kidnapped on Tuesday and released within 24 hours, has recounted his ordeals in the hands of his abductors.

The freed victim, who said no ransom was paid to get his freedom, spoke to journalists at the headquarters of Oyo State Police Command, Eleyele, Ibadan, on Thursday.

Adedayo, a United Kingdom trained medical biochemist, was kidnapped by gunmen at 5:30 p.m on Tuesday in his farm at Iroko, a rural community in Akinyele Local Government Area of the state, and was freed the following day.

He was released after the Commissioner of Police in the state, Mr. Shina Olukolu, and the Assistant Inspector General of Police (AIG) in charge of Zone 11, comprising Oyo, Osun and Ondo states, Mr. Leye Oyebade, as well as Garrison Commander of the 2 Division of Nigerian Army, Ibadan, visited the scene of the abduction.

Combined security forces reportedly combed the forest and made it hard for them to operate effectively.

According to Adedayo, “the incident happened around 5:30 p.m. I was just about to get out of the farm when a couple of gunmen, about six of them came; the driver panicked, and I jumped out of the car. I ran and they chased me until they caught me.

“I eventually took them to the (farm) office and gave them whatever money we had in the office. They took me and drove away in the car, and went into the bush. Around 6:30 to 7 p.m, we were patrolled all over until the following morning around 8 o’clock.

“When they found out they could not get anything, they let me go around 7:36 p.m. I found my way and got into a village, where I was directed to the expressway. I met a nice okada man who took me back to Iroko village. There, somebody gave me his phone so that I could call daddy to come and pick me up.

“The car was taken to somewhere else as a diversion, and we were taken into the forest. They allowed me to go without any ransom.”

Asked whether he was tortured, his answer was in the affirmative, saying: “I was beaten a couple of times. Luckily, one of them was really a good person. Every time it happened (beating), he would just tell them to leave me.”

The police boss in the state, Olukolu, however, stated that the kidnappers “were not able to pin him to being this person or that person. They were believing he was either the son of a senior police officer or a senior military officer. They concluded that was why senior police officers and senior army officers were patrolling the area, searching for him and looking everywhere.