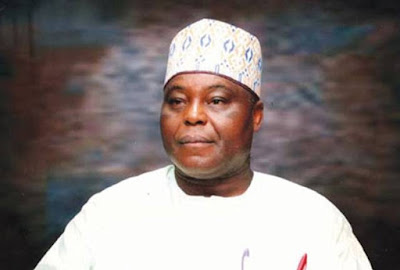 Dokpesi, a chieftain of the Peoples Democratic Party (PDP) and chairman of DAAR Communications Plc, filed the suit on April 30, seeking N5 billion in damages from Mohammed and Malami.

He alleged that Mohammed and Malami defamed his character by the inclusion of his name on the treasury looters’ list.

At the continuation of trial, Counsel to the claimant, Mr Ngige Kasiemobi, informed the court that the defence counsel served him with a statement of defence and a motion for extension of time on Monday.


Kasiemobi prayed for a  short adjournment to enable him to respond to the statement of defence.

Justice Olukayode Adeniyi adjourned the case until Sept. 23, for continuation of hearing, at the instance of Kasiemobi, holding fort for Chief Mike Ozekhome, SAN, counsel to Dokpesi.

Recall that Dokpesi filed a suit on April 30, seeking N5 billion damages from Mohammed and Malami.

Dokpesi, besides the N5 billion damages, is also asking the court to order the defendants to publish a full retraction of the said publication.

He further asked the court to order the defendants to tender an unreserved apology to him, in all the major electronic and print media outlets in the country.

He also urged the court to grant a perpetual injunction restraining the defendants, their servants, agents, partners, representatives, from further writing, publishing defamatory words about the plaintiff.