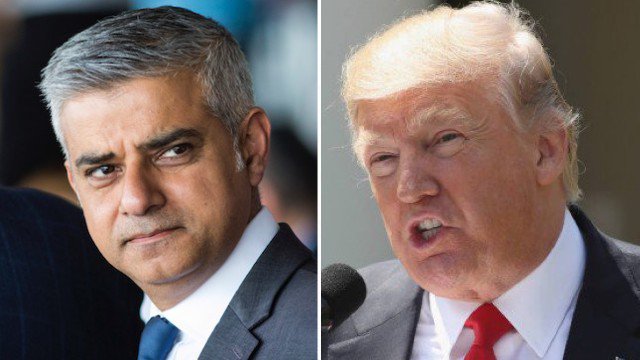 London mayor Sadiq Khan has fired another insult to Donald Trump, describing him a “6ft 3 child in the White House”.

It is the latest insult thrown by Mr Khan at the US president, in what has now become a long-running feud.

In a room full of teachers at the Together for Education event in Westminster’s Central Hall on Saturday, Mr Khan joked that he had made sure to switch his phone off.

He added: “For those of you that have your phones on, if somebody starts tweeting about me – a 6ft 3 child in the White House – can you let me know?”


The remark prompted laughter, cheers and applause from the teachers gathered in the hall.

Earlier this month Mr Trump called Mr Khan a “stone cold loser”, mocked his height and misspelt his name in a tweet sent as he touched down in Air Force One for a state visit to the UK earlier this month.

The president also dubbed Mr Khan a “disaster” on Twitter and called him a “national disgrace who is destroying the city of London”, while quoting a racist tweet by far-right, Islamophobic activist Katie Hopkins.

Saturday’s light-hearted remarks were the latest salvo in a transatlantic exchange that has seen Mr Khan describe Mr Trump as a “poster boy for racists” and note that the president appears “obsessed” with him.

*Culled from The Independent