Life imprisonment should be the appropriate sanction for pirates 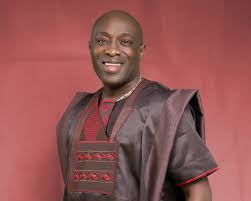 Veteran Fuji musician, Adewale Ayuba, says most up-and-coming musicians are not embracing Fuji music due to its huge financial involvement in its production.

Ayuba told the newsmen in Lagos that most budding artists preferred to groom their musical talents along such genres as hip-hop and Afro music.

He said that this was because embracing hip-hop would require minimal amount of money for production.

Ayuba noted that Fuji music required organizing musical bands that the leader must pay after each show or public engagement.

He added that the owner of the band must also buy different musical instruments for the band boys to perform during engagements and rehearsals.


According to him, having a handful of up-and-coming musicians interested in Fuji music is a sad development because Fuji is indigenous to Nigeria.

He said, “We must not jettison ours for the foreign music.

“We have many up-and-coming artistes who are ready to embrace Fuji music but when they realize the financial commitment involved, they run to embrace Afro, hip-hop, rhymes and blues.

“I am not happy with this development because I believe we are supposed to promote everything that is ours as a nation.

“ Fuji is our music but Afro, hip-hop, Rhymes and blues are not,” he said.

Ayuba also said that the activities of pirates had worsened the entire situation making musicians to become more discouraged.

He said that the few musicians who embraced Fuji had spent hugely to promote their genre but their efforts were being sabotaged by pirates.

He urged the Federal Government to give stringent sanctions against pirates in order to curb their activities and ensure musicians get good returns on their investments.

The musician said that life imprisonment should be the appropriate sanction for pirates.

“I am appealing to the Federal Government to sanction pirate by making them serve life imprisonment after prosecution.

“When we have one or two pirates sentenced to life imprisonment, others in the business will abandon the illegal activity.

“Pirates have made life difficult for everyone in the entertainment industry; government must wade in quickly.

“ Many artistes have developed some health problems due to the activities of pirates,” he said.