Lawyer to sue Buhari for allowing his aides work without reappointment

8:29 AM CuteNaija 0 Latest News in Nigeria 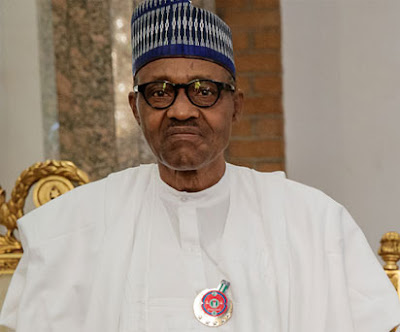 Activist and human rights lawyer, Inibehe Effiong, is set to approach a Federal High Court for interpretation and enforcement of Sections 151 and 171 of the 1999 Constitution following the decision of President Muhammadu Buhari’s 100 aides to continue in office without being re-appointed.

The tenure of the President and his deputy, Prof. Yemi Osinbajo (SAN), ended at 12am on May 29, 2019 but was renewed for a second term around 10am on the same day.


All ministers left office on May 28 when the cabinet was dissolved. Similarly, aides to the President held a valedictory gathering last week signalling the end of their service.

Nearly a week after, however, all the aides have continued in office.

Effiong told our correspondent that the decision of the aides to continue in office was in contravention of the constitution.

He said it was also at variance with Section 151 (2) of the constitution which states that, “the number of special advisers, their remuneration and allowances shall be prescribed by law or by the resolution of the National Assembly.

The lawyer noted that governors like Nasir el-Rufai of Kaduna State and Udom Emmanuel of Akwa Ibom State who were sworn in for a second term, announced the re-appointment of their aides.

He therefore wondered why Buhari would allow his aides to continue working without being re-appointed.

Effiong said, “Since his swearing-in on May 29, 2019, President Buhari has failed to make crucial and key appointments which are vital to the running of the business of governance.

“I have also observed that certain Presidential aides have continued to issue statements on behalf of the President, while others have carried on as if they were still occupying their offices.

“The tenure of Presidential aides comes to an end when the tenure of the President ends. President Buhari’s first tenure ended midnight, May 28, 2019. Therefore, all his personal aides, appointees and every person working for him and the Vice-President ceased to hold office on the midnight of May, 28, 2019.”

Effiong said the constitution does not allow a President or governor to carry over political appointees.

He added, “The implication is that Mallam Garba Shehu and Femi Adesina for example, are no longer the spokespersons for the President and cannot issue statements on behalf of the President except they are reappointed.

“To be clear, the tenure of the occupants of the following offices ceased and came to an end when President Buhari’s first tenure ended on the midnight of May 28, 2019.”

The lawyer said the Secretary to the Government of the Federation; ministers and any office of the personal staff of the President, including the Chief of Staff, Abba Kyari, were in office illegally.

Effiong added that the tenure of the persons appointed by the President to the offices mentioned above was provided for in Sections 147 (3), 151 (3) and 171 (2) of the same Constitution.

He added, “In substance, the tenure provisions states that any appointment to those offices ‘shall be at the pleasure of the President and shall cease when the President ceases to hold office.

“By Section 135 of the constitution, President Buhari’s four-year term ended on the midnight of May 28, 2019. In conclusion, the President has to make fresh appointments to the offices that I have earlier listed. President Buhari also reserves the right to reappoint the previous holders of those offices.”