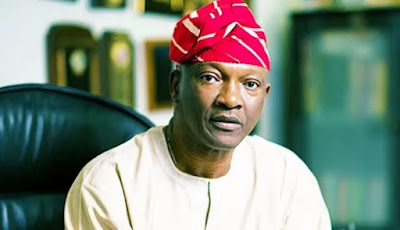 He said it was unbecoming of Agbaje to insult the party leadership in Lagos, noting he would be disciplined if the tradition continues.

Adegbola said he was surprised to read in the media the disparaging comments by Agbaje’s Director of Media and Publicity, Felix Oboagwina, on the Lagos PDP leader.


He added that Agbaje should be the least person to make ill comments about the PDP chieftain, noting that Agbaje was one of the biggest beneficiaries of George’s benevolent heart.

Adegbola maintained that the records are there when Agbaje contested the 2015 election, which the Lagos PDP leader worked very hard to ensure his emergence as the party’s flagbearer.

“Without Chief Bode George, Agbaje could not have emerged in 2015 election as the party’s flagbearer anyway. I am really surprised why he conducted himself in this way. He showed he is ungrateful and disrespectful. He has not shown himself as thoroughbred Yoruba man.

“Again, we are not surprised because he went under after the 2015 election and his impact was never felt until he resurfaced to contest the 2019 election. He had always been an unwilling candidate in view of his conducts.

“The Lagos PDP did not willingly give him the 2019 ticket. It was decided by forces outside Lagos and he acted true to type."