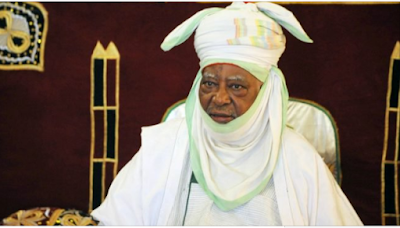 The Kano State Public Complaints and Anti Corruption Commission has withdrawn its earlier invitation to two widows of Ado Bayero, the emir of Kano.

This was conveyed in a letter dated June 20, 2019, and signed by Salisu Tahir, director of public complaints and mediation of the commission.

The agency had alleged that over 30 people, including the widows of the late monarch, benefitted from the N3.4 billion said to have been misappropriated under the watch of Muhammadu Sanusi, emir of Kano.

The commission had asked those invited to report to its office on June 24.

“The Commission in the exercise of its power conferred to it under Section 9 and 15 of the Kano Public Complaints and Anti-Corruption Law 2008 (as amended) is further investigating an alleged violation of Section 26 of the Commission’s enabling law in the management of Kano state Emirate Council funds,” read the invitation letter.

“Consequent upon the above and pursuant to the provision of Section 31 (1) (a) and (b) of the Kano state Public Complaint and Anti-Corruption Law 2008 (as amended) you are requested to extend the commission’s invitation to some personalities that the expenditures were incurred for them in respect of medical sponsorship to overseas to appear before this Commission along with relevant documents to shed more light on same.”

Muhuyi Rimingado, chairman of the commission, had said the agency took the action based on “available facts at hand”.

“The recent issue is for medical trip overseas and we decided to invite the beneficiaries because even the accountant was not allowed to come to us, so we don’t have any body to ask,” he said.

“The issue of the emir’s wives and any other person apart from the district heads we don’t know them. It doesn’t even come over any one of us that the emir’s wives will be among those to benefit from medical assistance.

“And it became necessary for us to hear from them because there is no document suggesting that the money is spent for that purpose. No referral letter from any hospital in Nigeria that warrants the need to travel abroad, no any other documents to support the claim some the visited country read only overseas.

“So the invitation of the emir’s family is not intentional it is an innocent move as part of our fact finding mission and if the emirate council will cooperate with us it will never lead to this. A staff of the council like accountant can provide us the necessary information.”

The agency revived its probe of Sanusi after the monarch fell out with Abdullahi Ganduje, the governor of the state.

The commission had earlier recommended the suspension of Sanusi, prompting the state government to query the monarch.

However, there are efforts to reconcile Ganduje and Sanusi. The governor spoke about this at Aso Rock on Tuesday.