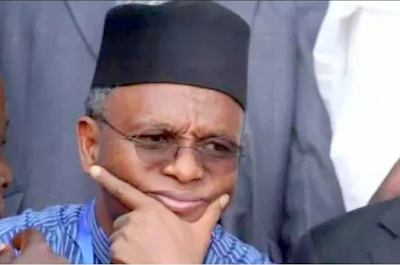 Kaduna State High Court sitting in Kaduna yesterday described the controversial religious bill passed into law at the tail end of the 5th State House of Assembly, as gross violation of the fundamental human rights as captured in the constitution.

The court affirmed the development was inconsistent with the 1999 constitution of the Federal Republic of Nigeria (as amended), thereby making it illegal.

Kaduna State Governor, Nasir El-Rufai, had in 2016 sent the religious bill, a rejig of 1984 decree to the State Assembly but was set aside for about three years before it was eventually passed a few hours to the end of the last assembly.


The presiding judge, Justice D. Gwadah, further added that the actions of the State Assembly in proceeding to pass the bill into law despite the pending court proceedings and the subsisting court injunction restraining the action, “is an affront to this honourable court”.

The case has been instituted by the Pentecostal Fellowship of Nigeria (PFN) Kaduna chapter since 2016 against Kaduna State Governor (Mallam Nasiru El-Rufai), Kaduna State House of Assembly and the Attorney General of Kaduna.

It is important to add that, this may not be the end of the matter as the governor and other respondents in the matter may seek higher court decision.

However, the lead counsel to PFN, S. A. Akani who briefed newsmen outside the court, expressed satisfaction with the judgment on behalf of his client, the PFN.