June 12: Lots of what Abiola stood for yet to manifest in polity — Yoruba Youths 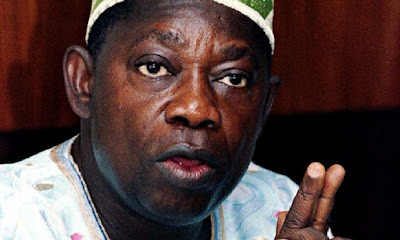 The Yoruba Council of Youths Worldwide (YCYW) on Wednesday in Lagos described President Muhammadu Buhari’s declaration and celebration of June 12 as “Democracy Day” as a new dawn of hope.

The youth group, however, said that a lot of what Abiola stood for as a distinct democrat had yet to be manifested in the polity.

in a statement issued by its Founder and President, Aremo Oladotun Hassan.

It was gathered that Buhari on Monday signed into law the Public Holiday (Amendment) Bill which accommodates June 12 as the new Nigeria’s Democracy Day, replacing May 29.


Buhari had earlier on June 6, 2018, declared that June 12 would be the new Democracy Day.

The date is in commemoration of the presidential election of June 12, 1993, presumed to have been won by the late Chief MKO Abiola.

The election, adjudged to be Nigeria’s freest and fairest, was, however, annulled by the Gen. Ibrahim Babangida-led military administration.

Hassan said: “The celebration is a clarion call for sober reflection, that if we can jointly unite to achieve June 12 recognition as our National Democracy Day in Nigeria, then we can surmount all our ailing plights peacefully and unitedly.

“However, we must use this rear occasion of opportunity to examine how far we have progressed as a nation, for lots of what MKO Abiola stood for as a distinct democrat have yet to be manifested in the polity.

“He stood for social justice rights, democratic ethos, absolute welfare and rule of law, hence, the need for all our present and future politicians to learn from his fountain of deep-rooted knowledge and vision of administration intuitiveness and genuine heart of service.

“This we believe if half of his manifesto and vision is rekindled and implemented by the Mohammadu Buhari-led government and all our new state governors, alongside the national and states legislative houses, then Nigerians will be better beneficiaries.”

According to him, such implementation will go a long way to immortalise Abiola in the heart of many beyond being the conferred Grand Commander of the Federal Republic (GCFR).

Hassan, a legal practitioner, urged government at all levels to think the people first in their policies and decisions.

He said that the rights and expectations of Nigerians must be granted and fulfilled in the areas of insecurity which, he noted had now become a big monster that needed a permanent solution.

The youth leader advised the government to prioritise food security, welfare, rule of law, separation of powers and even infrastructure development.

Hassan called for the enactment of a new people’s National and Regional Constitution(s) to address Nigeria’s teething problems.

“MKO Abiola is a lover of education. He gave the highest scholarship grants to the needy and best-performing students in his lifetime.

“This precipitates our demand from President Buhari to prioritise the declaration of a state of emergency on the passage of an Executive Order on the Educational Rights Law and onward implementation of the 30 per cent budgetary allocation to the education sector at all levels of governments.

“Abiola was a farmer, so we must emulate his Hope 93′ vision on Agriculture and abundant food for all, hence, our appeal on the Establishment of National/Zonal and State Agricultural Development Commissions,” he said.

Hassan added that the fight for June 12 as Democracy Day would be meaningless without reform to Electoral Law.

According to him, to immortalise MKO Abiola as African pillar of Sport, sporting activities must be reviewed and transformed through adequate funding for youths engagement.