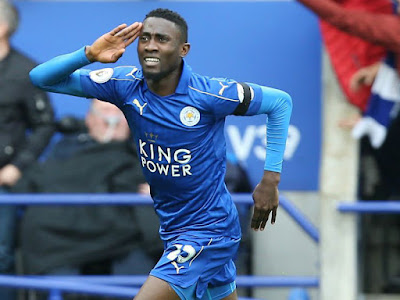 Leicester City star Wilfred Ndidi has admitted he is “flattered” to be linked with a big money move away from the King Power Stadium, but insists his focus is currently on Nigeria’s bid to win the Africa Cup of Nations.

The midfielder was an ever-present for the Foxes in the Premier League last season, and enjoyed an eye-catching campaign – particularly once Brendan Rogers had taken the managerial reigns in February this year.

Perhaps not surprisingly, his form has attracted the attention of some of England’s biggest clubs, with Manchester United, Arsenal and Champions League winners Liverpool all credited with an interest in the 22-year-old.


But while Ndidi has acknowledged such reports are complimentary, his feet remain firmly on the ground as he looks to make his mark in Egypt over the next five weeks, and in the blue of Leicester beyond that.

“I am flattered when hearing such a thing,” Ndidi, who arrived in the Premier League from Belgian club Genk in a £14m deal in early 2017, told Goal.

“It is very good to hear about that interest from big clubs, but there is nothing on the ground so I won’t care about it.

“I am focusing on AFCON with Nigeria now, and then pre-season with Leicester City. We have a great manager with ambition to compete with big clubs in the Premier League.”