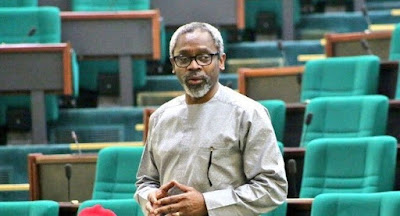 A member of the House of Representatives, Rep. Olajide Olatubosun (APC-Oyo) has said that the National Assembly is faced with what he term “existential threat.”

Briefing newsmen in Abuja, Olatubosun, who is aspiring to be Speaker of the 9th Assembly, said that he would fight against imposition with the last drop of his blood.

The All Progressives Congress (APC) has zoned the office of the Speaker to the South West and endorsed Rep. Femi Gbajabiamila (APC-Lagos) for the office.

NAN reports that Olatubosun said that section 50 sub-section 1b of the 1999 Constitution as amended says that members shall elect from among themselves any member with legislative experience to become speaker.


“I am a party man only to the extent that the decisions of the party conform to the Constitution,” he said.

He said that the doctrine of Separation of Power says that there are three arms of government with separate functions and responsibilities.

The lawmaker explained that the different arms of government should cooperate with one another without compromising the principle of Checks and Balances.

“The Executive is not superior to the legislature, no, unfortunately because of our long years of military rule, the legislative arm has been bastadised so much.

“The legislature, which is the National Assembly in our case, came into continuous flow since 1999; this institution is faced with existential threat.

“Many people in government do not think we should exist anyway; so it in our best interest and for future generation for us to allow people to decides who leads us.

“The members of the House of Representatives are mature, well travelled with the required exposures to choose one of them to lead, so I will not support any form of imposition,” he said.

The lawmaker said that he has friends from across political parties and that the support he enjoys is devoid of inducement.

He described the legislative arm as the backbone of democracy adding that the institution needed to be ran with a new approach.

According to Olatubosun, I shall be a servant speaker if elected and shall serve members, support staff, the media and all other stakeholders.

The legislator said if elected speaker, he would prioritise the budgetary process as the present system is not good enough.

He said that the process should be more inclusive for it to achieve the desired aims and objectives.

Olatubosun also said that if elected speaker, he would ensure that the Security Trust Fund Bill is passed for better funding of security agencies.

Stressing the need for better funding, he said that the security agents are doing a lot, sacrificing their comfort and lives for citizens to walk freely.

He said that the issue of state police would be given adequate consideration as its existence in other countries has contributed to security of lives and properties.

He said that attention would be given to fundamental Human Rights particularly for women, children, Internally Displaced Persons (IDPs) and the poorest of the poor.