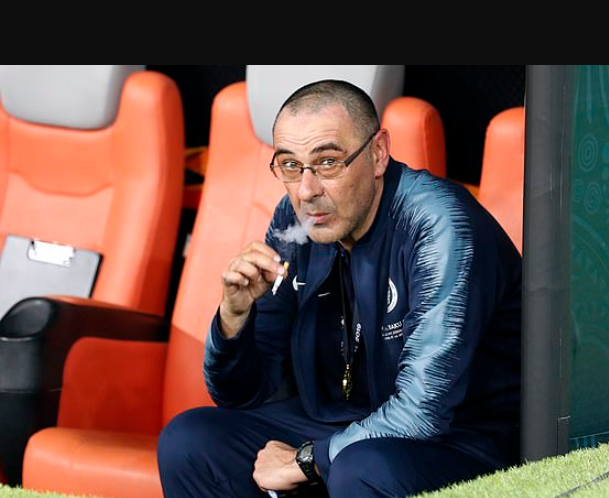 Ex-Chelsea coach, Maurizio Sarri who recently left Stamford Bridge to become the new manager of Juventus has revealed the extent of his famous smoking habit.

'I smoke 60 a day, which is probably a few too many,' he told La Nuova Riviera (via Football Italia). That works out at a whopping £1,400 every month.

'I don't particularly feel the need to smoke during games, but straight afterwards it really is necessary,' he said. 'I had back problems tormenting me for weeks, but I feel much better now.'

When he was at Chelsea, Sarri who couldn't smoke at the stadium due to the smoking ban at the club was regularly seen chewing on a cigarette filter.

Even at Juventus, the new boss won't be allowed to smoke at Allianz Stadium except the designated smoking zones.