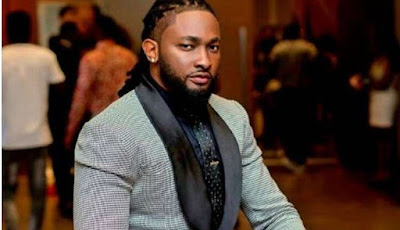 Nigerian actor, model and media personality, Uti Nwachukwu was in the news earlier in the week when he declared Big Brother Nigeria 2018 contestant, Cee-C, as most successful alumnus of the reality TV show.

The outspoken entertainer was condemned on social media for making such a statement. The pressure made him rephrase the statement, tagging Cee-c ‘one of the’ most successful former housemates of the competition.

Speaking further in a chat, he said: “I’m not here to offend anybody. I’m all about peace and love. If anybody was offended, I just need to let them know that there was no harm meant. I made that statement with a free mind. It had nothing to do with anybody. But it apparently made other people feel uncomfortable, and that was why I rephrased the statement.”