How Jesus cured me from being Gay - Man reveals 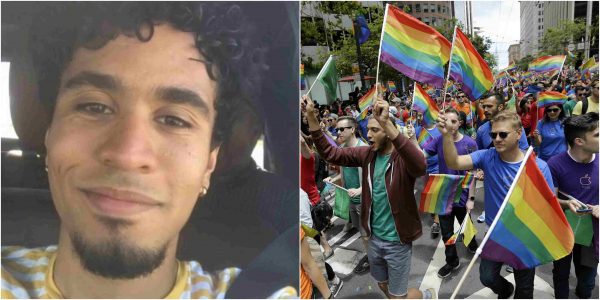 A man has said there is nothing like gay gene, after he revealed his encounter with Jesus and how He saved him from homosexual-ism and witchcraft.

His statement obviously angered members of the LGBTQ community who took to his page to counter his claims.

The man identified as @denyyourflesh on twitter had tweeted:


“Jesus brought me out of homosexuality. There is no gay gene, and gays being born that way is only half true, as EVERYONE is born into sin and iniquity.Don’t let this world cheat you out of the free gift of salvation Christ died for.Jesus is the only love that’s true. #PrideMonth.”

It’s a really intense story, but i used to practice witchcraft as well , and eventually all of my sin led me to deaths door and i didn’t like what i saw so i called on Jesus to rescue me

Then the counter-claims began to come in:

Jesus never said any of that crap against gays. YOU just happened to be in a phase you grew out of, OR you lied about growing out of and are back in the closet – OR are lying completely about ever being gay in the first place to be an insufferable so-and-so on the internet.


He got supports from other believers as well:

Curses can be Broken. Lesbianism and Homosexuality, Are Demons By Curses and Witchcraft. Everything Can be Broken, And Everyone ct be Redeemed Even Transgender people. God, Says Nothing is Impossible. Just Try him. All The Glory Be To Jesus God, Amen