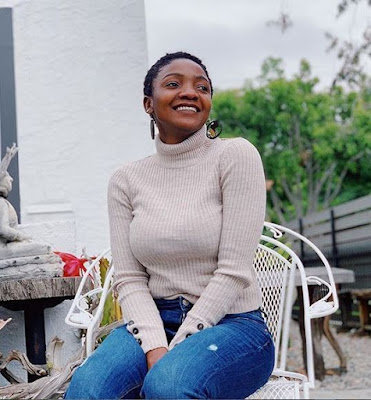 Velvety voiced singer, Simisola Ogunleye, a.k.a Simi is known for a lot of things to include being a talented singer with an incredible voice and taste for good music, but she has again proved herself beyond expectation with the launch of her own record label, Studio Brat’.

The ‘Mind your business’ crooner made the announcement via social media ahead of the release of her latest musical project titled ‘Jericho’, featuring reggae/dancehall singer, Patoranking.

While making the announcement, she revealed that floating her own record label is the best part of her musical journey.


“The norm is to do a formal and proper press release, with big, impersonal words, but this is me and you. We started with true laughs, constructive criticism, silly jokes and personal moments. We’re going to keep it that way. All I’ve ever wanted was to live my dreams, to do it on my terms, but for you. Each step I’ve taken has brought me here. This is only the beginning of the best part of my journey. I hope that you stand with me, fight with me, love with me and grow with me. My team and I have continuously put our hearts into it. Like Michael Jackson said, “Don’t stop till you get enough.” We never want to let you down. Proof: I’m using a Michael Jackson quote. So, with a heart full of excitement, I introduce Studio Brat to you. It’s Ours. Let’s do what we do”, she said.

Recall that after the successful expiration of her 5-years recording contract with the record label, Xtreme Music, she moved on last month, May 2019, contrary to speculations that she may renew the contract.