7:52 AM CuteNaija 0 Latest News in Nigeria 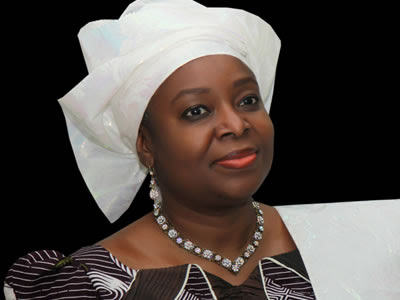 The Economic and Financial Crimes Commission (EFCC) has rejected the transfer of a money laundering case against former Minister of the Federal Capital Territory Mrs. Jumoke Akinjide to a new judge.

She was arraigned last January 16 before Justice Muslim Hassan, but the case was transferred to Justice Chukwujekwu Aneke at the instance of the defence.

When the case came up before Justice Aneke yesterday, prosecuting counsel, Rotimi Oyedepo, urged the court to reverse the transfer.

He argued that by the provisions of the Administration of Criminal Justice Act (ACJA) 2015, an application for transfer of a part-heard case must not be in writing.


He added that the trial had already gone far before Justice Hassan, with the case at a trial-within-trial stage to determine the admissibility of a document, before it was transferred.

“Whether rightly or wrongly, this matter is going through turbulence, a case of 2016. Why should we start afresh?” he asked.

But defence counsel Chief Bolaji Ayorinde (SAN) objected to the application, describing it as an “ambush”.

According to him, the prosecution ought to have made the application formal (in writing) and served it on the defence for it to reply.

The SAN prayed the court to refuse the application, saying that it should be brought properly.

His submission was adopted by other defence counsel.

Ruling, Justice Aneke agreed that the prosecution’s oral application was an “ambush”.

He ordered the EFCC to file a formal application for a reversal of the case transfer.

While EFCC is rejecting the transfer of Akinjide’s case after trial had begun, it was the commission that applied for the transfer of the trial of former Ekiti State Governor Ayo Fayose to a new judge after 13 witnesses had testified for the prosecution.

Former Minister of Petroleum Resources Mrs. Diezani Alison-Madueke, said to be at large, is also named in the charge.

The defendants were arraigned on January 16 last year before Justice Hassan on an amended 24-count charge.

Trial had begun before Hassan before the case was transferred to Justice Aneke.

Otiti and Adeseun had on February 6 prayed Justice Hassan to recuse himself from the case.

They accused him of bias, claiming that as a former head of EFCC’s legal unit before he was appointed a judge, they did not believe they would get justice in his court.

Although the judge had refused to recuse himself, the Chief Judge eventually reassigned the case to Justice Aneke.

EFCC accused the defendants of conspiring to directly take possession of N650million from Mrs Alison-Madueke, which they reasonably ought to have known was part of proceeds of an unlawful act, and without going through a financial institution.

The defendants pleaded not guilty.

Justice Aneke adjourned until June 26 for hearing of EFCC’s application.