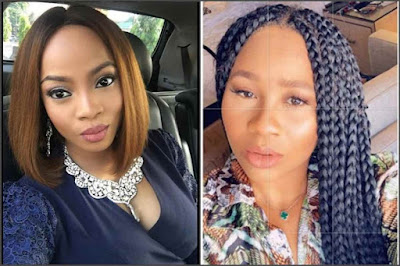 Media Personality, Toke Makinwa on Saturday brought the feud with interior designer Sandra Edoho to the public. She also threatened to ruin her business.

Toke Makinwa who called Sandra Edoho’s job made in Nigeria and a scam after the button on one of her furnitures came off barely a week after spending so much for it. She claims the expensive furniture set up in her new multi-million naira home is fast deteriorating.


Sandra Edoho is the wife of former ‘Who wants to be a millionaire host’ – Frank Edoho and her services were employed again by Toke Makinwa to furnish most areas of her new home. Edoho had earlier handled the interior decoration for Toke’s former Lekki home a while back.

In a since deleted rant via Insta-stories, Toke claimed that Sandra did a tacky job and provided bad customer service, even though she was paid quite well. To buttress her allegations, she shared photos of some of the deteriorating furniture and a copy of a bill. 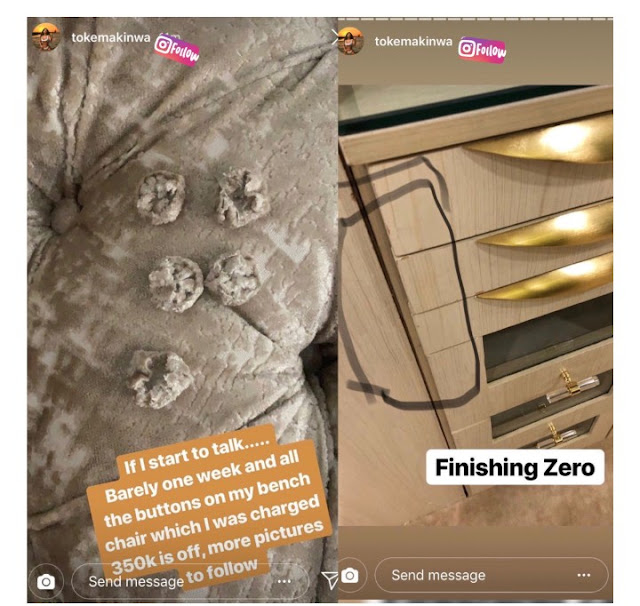 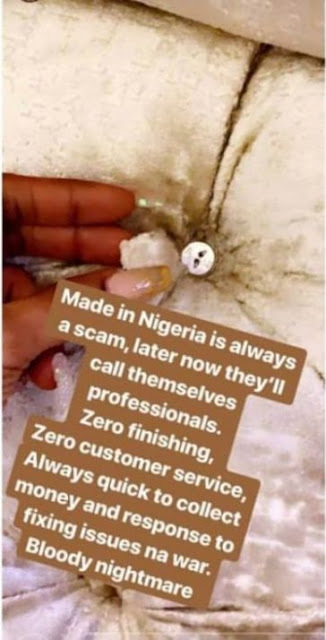 Toke Makinwa also shared the invoice for the services rendered by the interior decorator as proof. This picture has also been deleted from her Instastory. 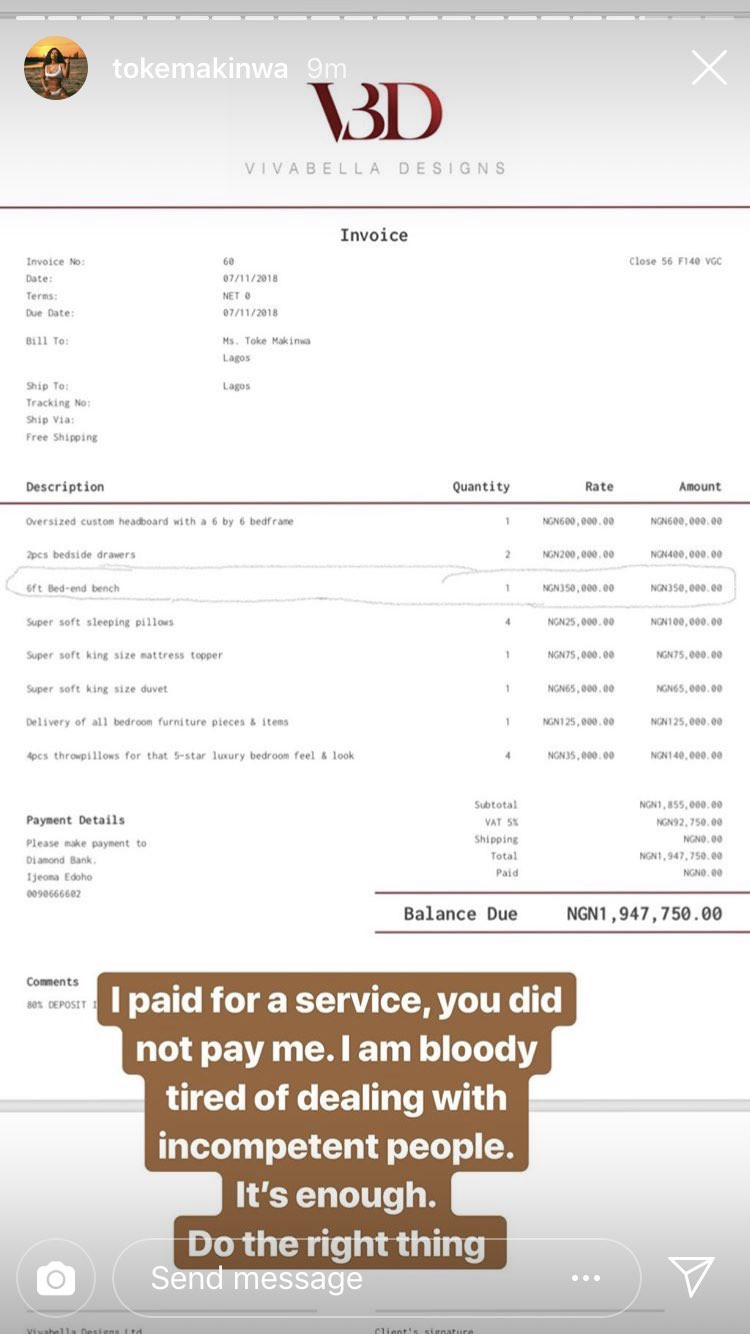 The OAP went on call Sandra rude, she wrote; 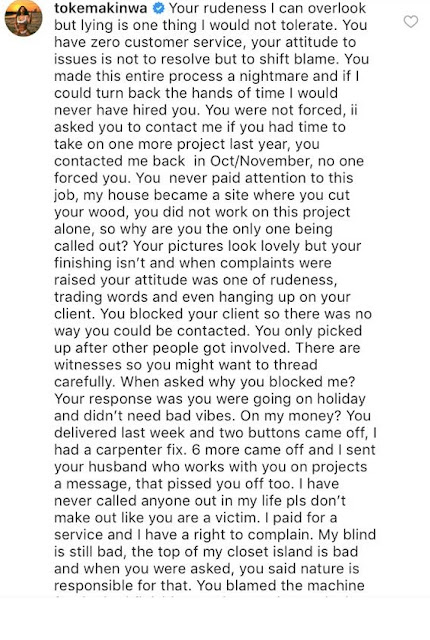