Corruption was the order of the day during Jonathan's administration - Ribadu 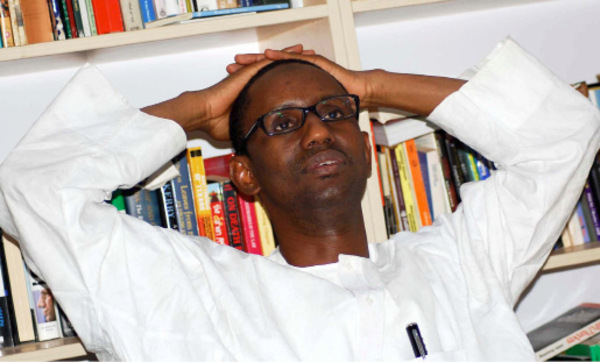 The first chairman of the Economic and Financial Crimes Commission (EFCC), Nuhu Ribadu has said that corruption was the order of the day during the administration of former president Goodluck Jonathan.

The EFCC pioneer chairman mad the assertion during a convocation lecture at the Federal University Dutsin-Ma, Katsina state, on Friday.

According to Ribadu, “nothing positively significant” took place in the anti-graft war under the last administration.


He further noted that the country’s national resources were largely “squandered and largely stolen by those who had the responsibility of managing them” while oil wells were “shared to individuals at will.”

“Years of mindless stealing and waste of public resources has dimmed the light of prosperity that was all over our country at Independence. Little wonder that we now find ourselves in tough economic condition with the attendant security challenges troubling us from all angles,” he said.

Speaking on how previous government tried to fight corruption, he said: “The Obasanjo administration also went on to evolve other institutional avenues of fighting corruption by carrying out wide-ranging public service reform and establishing pro-transparency agencies such as the Bureau of Public Procurement (BPP) and the Nigeria Extractive Industry Transparency Initiative (NEITI).”

“Nothing positively significant happened in the fight against corruption since then, until the coming of President Muhammadu Buhari in 2015. It is instructive that the Buhari administration rode to power on the back of its promise to tackle corruption which was pervasive under the immediate past administration.”

On how corruption can be effectively tackled, he said: “there would only be limited or no success in anti-corruption campaign if the justice system is not properly sanitised to shoulder that important responsibility. Every individual within the chain of the justice sector needs to be above board, those who cannot uphold the basic tenets of integrity needed for such job should be shoved aside.

“The practice of political leaders spending humongous amounts of money in the name of security votes should also be checked. For example, I see no reason for governors and some other officeholders to be expending billions of naira without budgetary provisions or accountability under the vague code of security.”