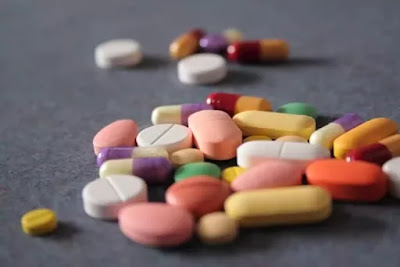 Christians and other religious organisations constitute the highest number of people who abuse drugs, not those who are thought to be hoodlums.

The Consultant Psychiatrist, Neuropsychiatric Hospital, Aro, Abeokuta, Dr Amosu Sunday, stated this on Wednesday during the commemoration of 2019 World Drugs Day. He spoke on the topic, “The rage of drug/substance abuse in our society. What must we do?”

The programme was organised by Mountain Top Rehabilitation Centre of the Mountain of Fire and Miracles Ministries.

According to him, when some Christians or members of other religious organisations go to hospitals, a large percentage of them do so because of one substance abuse or the other.


He added that hospital wards that were specifically meant for patients, who suffered from drug abuse at a point in time, were often filled up and spilled over to other wards by those ones never thought could be sniffing cocaine, smoke hemp, or inject the substance into their systems.

“To me, from what we have seen, more than 22 percent, not those who are suffering from the problem associated with the substance, also abuse the substance. The pattern is also disheartening.

“When we talk about people abusing drugs, probably we talk of a young person, probably on the street, who we normally describe as hoodlums, but the pattern has changed to include young women, who dress well, who are church workers, who are children of pastors; they also have problems with drugs. There are also elderly people who abuse over-the-counter drugs,” he said.

He added that those, who abuse the substance often suffer from both physical and mental health, like depression, dementia, amnesia, and more.

Sunday noted that those who suffered from the physical aspect of drug abuse like smoking, were usually prone to lung cancer, chronic lung diseases like bronchitis. They also have problems with liver cirrhosis as their livers become weak.

Consultant Psychiatrist, Federal Neuropsychiatric Hospital, Yaba, Dr Richard Adeboye, described the team of 2019 World Drugs Day as apt. He stated that with health and justice being integrated to curb drug abuse, society would be better for it.