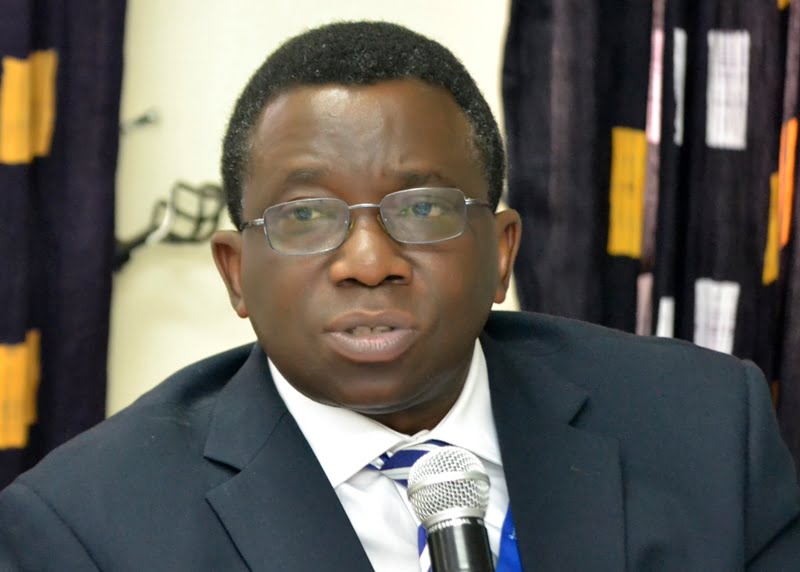 Prof. Isaac Adewole, former Minister of Health, has thanked President Muhammadu Buhari for his support during the time his son, Dayo Adewole, was kidnapped.

Adewole said this in a release signed by himself on Thursday following the release of his son on Wednesday evening.

The former minister thanked God for the restoration and expressed gratitude to all well-meaning Nigerians for their support and prayers in the last 24 hours.

He further expressed his appreciation to the President and Commander-in-Chief of the Armed Forces, Muhammadu Buhari, Vice President, Prof. Yemi Osinbajo, the Chief of Army Staff, Lt. General Tukur Buratai.

The statement reads: “I appreciate President and Commander in Chief of the Armed Forces, Muhammadu Buhari, Vice President, Prof. Yemi Osinbajo, the Chief of Army Staff, Lt. General Tukur Buratai, the acting IGP Mohammed Adamu, the DG of SSS, Yusuf Magaji Bichi, all other security agencies and Vigilantes, serving and former governors especially the Governor of Osun State, Gboyega Oyetola, Sokoto State Governor, Aminu Tambuwwal and immediate past governors of Oyo and Ogun, Abiola Ajimobi and Ibikunle Amosun, former federal cabinet members and leaders of the APC in the country.

“I must equally thank the AIG of Zone 11 Leye Oyeboade, the Oyo State Commissioner of Police Shina Olukolu, Garrison Commander of 2nd Division of the Nigerian Army, Director of SSS and Operation Burst in Oyo State, Head of IGP Anti – Kidnapping Squad, Traditional and religious leaders, members and staff of the federal ministry of health and other parastatals under the health ministry, journalists across the country.

“Dayo Adewole regained freedom on Wednesday evening from his kidnappers.”

Dayo regained freedom on Wednesday evening after he was kidnapped from his farm at Iroko community in Akinyele Local Government Area of Oyo State on Tuesday.

Meanwhile, men of the Nigeria Police Force earlier on Wednesday said that no fewer than three suspects have been arrested in connection with the kidnap.

The three persons that were arrested, included the driver that the victim employed a few days ago, Mr. Gbenga Ogunleye; the farm manager, Mr. Sodiq Adebayo and another worker on the farm.