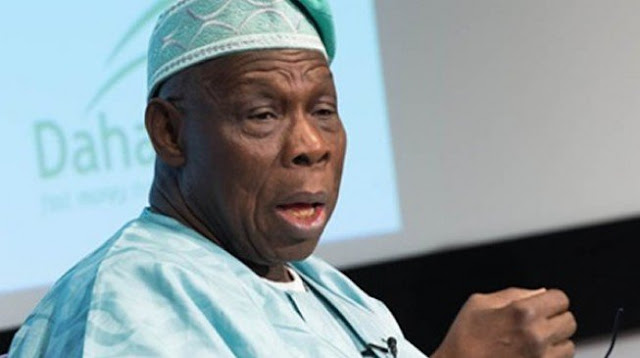 Former President Olusegun Obasanjo has accused President Muhammadu Buhari’s government of moving the country towards the path of disaster.

In an interview with Premium Times, the former president said the progress the country is said to be making is questionable.

He lamented the present arrangement of political leadership in the country, saying it tends to favour some zones at the expense of others.

In the buildup to the 2019 general election, Obasanjo fell out with Buhari and endorsed Atiku Abubakar, presidential candidate of the Peoples Democratic Party (PDP).


“I think we have no choice but to be on the path for sustainable development,” Obasanjo said.

“You can question that, but we have no choice but to be on (the) path for sustainable development. Any other thing will be a disaster. In fact, the pace at which we are going now is tending more and more toward disaster and instability and unsustainability.”

The former president said foreign investors no longer have confidence in the nation’s economy as it is poorly managed.

“The problem is that we are just not doing what we should be doing,” he said.

The former president expressed worry about the present leadership arrangement in the country, saying the composition sends a disturbing signal in a multi-ethnic nation like Nigeria.

“I think there is a presumption in our constitution that our system will bring out competent leaders devoid of extremism, religious or tribal bigotry. Leaders who understand what it takes to hold the country together and put it in high gear for development, unity and an inclusive and shared society,” he said.

“These are assumptions. And if these assumptions come true, what is meant to be achieved in our country will be achieved. But the kind of situation you have now cannot allow those assumptions to become reality. Now you have a situation where three top officials of government will be from only two northern zones. Ahmad Lawan (who has been pencilled down as senate president) is from the north-east, the acting chief justice of Nigeria is from the north-east, The president of the country is from the north-west. They are all from what we call the core north. How can you have that kind of arrangement and then be absolutely insensitive to it (lack of geographical diversity)?

“So the prescription that our constitution makes of the kind of leadership that should emerge, we have failed to achieve that with the present leadership we have in place. The Constitution expects the executive to care for the welfare and security of every Nigerian. But in the present situation, they don’t seem to care.”