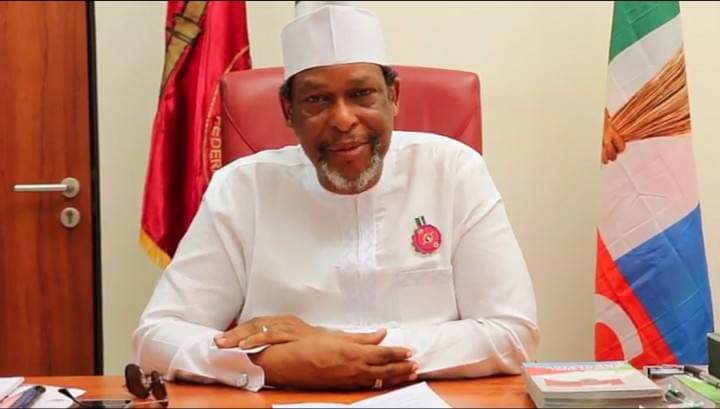 Ahead of Tuesday’s inauguration of the National Assembly, front-line contender for the position of Deputy Senate President, Senator Ajayi Boroffice, has withdrawn from the race.

In a statement signed by his Press Secretary, Kayode Fakuyi, he stated that “in deference to President Muhammadu Buhari”, Senator Borofice steps down for another contender for the position.

It was gathered that the decision was rectified last night at the caucus meeting of All Progressives Congress, APC, Senators-elect.

A source however disclosed that the third-term senator representing Ondo North Senatorial District stepped down for Senator Ovie Omo-Agege from Delta State.


The press statement issued on Monday read, “Some weeks ago, Distinguished Senator (Prof.) Robert Ajayi Boroffice, OON declared intention, through letters addressed to Senators-elect, to seek the office of Deputy Senate President. The intention to contest was anchored on the deep conviction that with his excellent public service record, rich legislative experience and personality, he has the best credentials for the position.

“Consequently, he embarked on extensive consultations with party leaders, senators-elect and political groups. Indeed, everybody that was consulted agreed that he is eminently qualified to seek the office of Deputy Senate President.

“Instructively, majority Senators-elect have assured the senator of their support and the prospect of victory is high.

“However, in deference to President Muhammadu Buhari and the All Progressives Congress (APC), Senator Robert Ajayi Boroffice has decided to withdraw from the race.

“For the support and solidarity, Senator Robert Ajayi Boroffice is grateful to Senators-elect. He is humbled by the warm embrace and great display of camaraderie.

“We appreciate the people of Ondo North senatorial district and our friends across the country for the prayers, support and goodwill messages.

“For the far-reaching endorsements, steadfastness and unflinching support, gratitude goes to all concerned political groups across the country especially, the APC Young Stakeholders group, the Women for Buhari and Osinbajo group, and the Ondo APC Youth League,” the statement read.

Meanwhile, the stepping down of Borofice has reduced the number of aspirants jostling for the Deputy Senate President’s position.