'At least 13 victims of sexual molestation, rape ready to testify against Pastor Fatoyinbo' 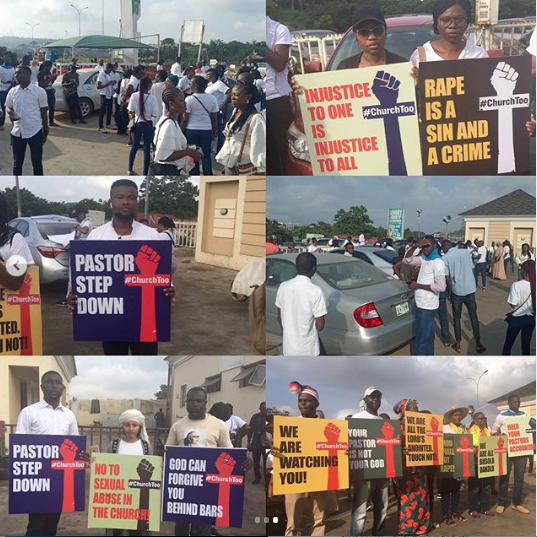 One of the organizers of the protests against Pastor Biodun Fatoyinbo over his alleged sexual misconduct and rape allegation says 13 persons abused by the pastor are ready to testify against him in court.

One of the protesters who introduced herself simply as Funke said on Sunday, June 30, 2019, while protesting at the Commonwealth of Zion Assembly (COZA) church in Lagos.

Speaking with newsmen she said that they received death threats on Saturday, June 29, 2019 concerning the protest.

Also, Human Rights activist, Segun Awosanya popularly known as Segalink on social media has also weighed in on the ongoing allegations against the pastor.


Awosanya, who works with Citizen Gavel, a civic tech organisation is said to be instituting a legal action against the pastor Fatoyinbo saying there are “more than 30 people who are ready to testify against him.”

Pastor Biodun Fatoyinbo has become the subject of discussion about rape since Busola Dakolo in a video interview revealed how the preacher raped her when she was 16.

The revelation sparked social media outrage as protesters storm the church branch in Lagos and its headquarters in Abuja as protesters asked him to step down.