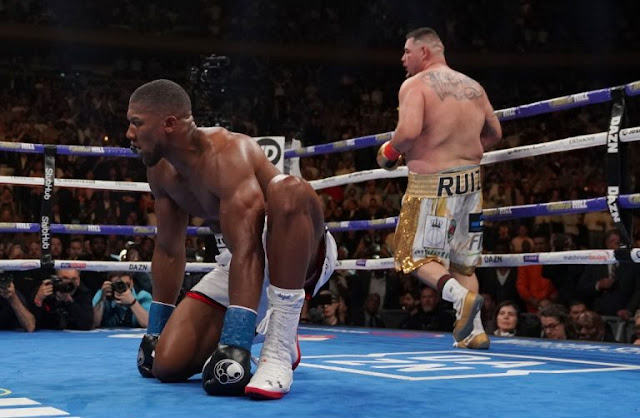 Andy Ruiz Jr. has revealed the secret behind his stunning of defeat of British-Nigerian boxer, Athony Joshua during their fight on Saturday in New York.

According to the new World Heavy Weight Champion, the speed of his jabs was the secret behind his victory.

Anthony Joshua had hoped to make a splash in his US debut but it ended in misery for the three belt heavyweight world champion with a stunning loss to underdog, Ruiz Jr.

“I still can’t believe it. I am still pinching myself to see if this is real.

“But everything is possible man. Look at me, I just made history. The speed got him, (Joshua),” Ruiz said.

Joshua needed medical attention after the bout and did not attend the post fight news conference.

However, Joshua’s promoter, Eddie Hearn, admitted Ruiz Jr. won the bout without foul play but expressed optimism that Anthony will bounce back.