9:03 AM CuteNaija 0 Latest News in Nigeria 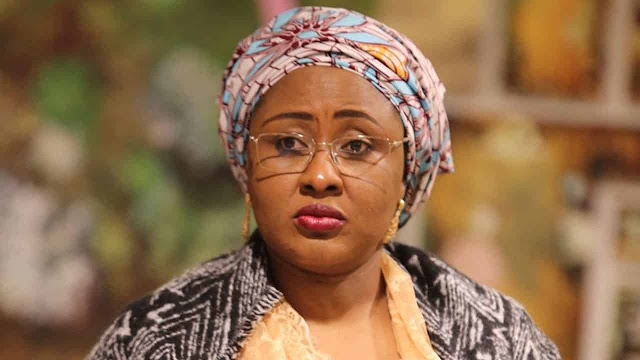 Wife of President Muhammadu Buhari, Aisha, has urged the National Social Investment Programme to support poor people in Katsina State including those devastated by banditry, the News Agency of Nigeria reports.

Mrs Buhari who was in Batsari, Katsina State, on Saturday to distribute relief materials to victims of banditry, said although N500bn was released by the Federal Government to assist vulnerable Nigerians, only a few had benefited.

NAN reports that when she asked the IDPs if any of them had received the N10,000 assistance from the programme, the response was negative.

Mrs Buhari said, “The National Social Investment Programme should go to Katsina State and give them their assistance.

“These people gave over one million votes during the general elections, they really need the assistance and they deserve to be given.”

She also urged the National Emergency Management Agency to come to the aid of the internally displaced persons in the state.

The Transition Committee Chairman, Batsari Local Government, Alhaji Mannir Muazu, said over 18,000 people were displaced by bandits in the area.

He said 13,000 of the victims were children while the remaining 4,000 were women from 28 communities across the area.

Some of the IDPs commended Mrs Buhari for the gesture.

A female victim, Fatima Kasai, said bandits dislodged them from their community, took away their food and valuables, killed the majority of their husbands and raped some of the women.