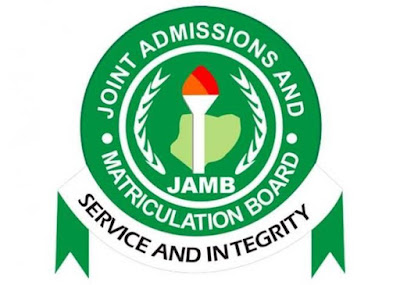 The Joint Admissions and Matriculation Board (JAMB) says it has not published the national and general minimum cut-off marks for placement of candidates into the nation’s tertiary institutions as being speculated in some quarters.

The board’s Head, Media and Information, Dr Fabian Benjamin, disclosed this in an interview with the newsmen, on Wednesday in Lagos.

According to him, there is no truth behind such speculations, adding that some persons, whom he described as fraudulent elements were behind the development with a ploy to defraud innocent Nigerians especially the candidates.

Benjamin said the cut-off marks could only be arrived at with the inputs of critical stakeholders in the education sector scheduled for days ahead.


“We want to seize this opportunity to caution the public especially candidates, not to allow themselves to be swindled by these desperate individuals that are peddling this rumour.

“The board is yet to come up with any cut-off mark for placements into the various tertiary institutions across the country.

“The cut-off marks cannot be decided upon without the input of critical stakeholders of the education sector at an elaborate policy meeting,” he said.

Benjamin explained that the next policy meeting would be held on Tuesday, June 11, at Gbongan in Osun.

The spokesman noted that already, preparations for the meeting had been concluded, adding that officials of the Ministry of Education were expected to attend.

According to him, other key stakeholders were also expected to grace the occasion, to determine the national cut-off mark.

He said that it was only after this had been achieved that the candidates would be availed of the cut-off marks of the various tertiary institutions across the country.

“The cut-off marks are the minimum expectation for every institution and that does not mean by attaining such cut-off mark, it, therefore, means an automatic placement into schools of first choice.

“We, therefore, want to appeal to the general public, especially the candidates not to fall prey to fraudsters.

“The board will continue to provide information to the public on its processes and activities at every stage,” Benjamin assured.

It was gathered that over 1.8 million candidates had registered for the 2019 Unified Tertiary Matriculation Examination (UTME).