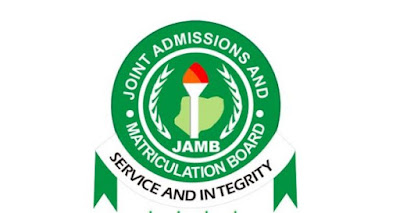 No fewer than 15 persons are presently serving different jail terms, after being convicted for involvement in examination infractions during this year’s Unified Tertiary Metrication Examinations (UTME).

Speaking with journalists, the spokesperson for the Joint Admissions and Matriculation Board (JAMB), Dr. Fabian Benjamin, said those convicted were serving between three months and two years jail terms, depending on the level of infractions committed.

He added that some of the convicts were in Zamfara, Kebbi and Sokoto states.

“Basically, what most of them have done we have grouped it under what we call infractions. It covers all the areas of malpractices; some of them were involved in multiple registrations with the intent to perpetrate malpractices, some of them made efforts to compromise our system.


But in all of these cases, they have all confessed to their crimes and they have been convicted to various terms of jail,” he said.

Meanwhile, the Board has cleared and released the results of 15,490 candidates who have been under probe for involvement in one examination infraction or another during the 2019 UTME.

In a statement made available to newsmen yesterday in Abuja, Fabian noted that the released results followed the conclusion of a review exercise, whereby candidates with different issues were classified into categories of those who have sufficiently proved their innocence, those with inconclusive evidence of culpability, and were given the benefit of the doubt because of the guiding principles of the Board.

“In consonance with the promise made by JAMB during the release of the 2019 UTME on Saturday, 11th May, 2019 that it would further probe the identity and involvement of some candidates who were suspected of being involved in one examination infraction or another, the Board has further cleared and released the results of 15,490 candidates in this category.

“The release followed the expert review of the cases of this category of candidates who were requested to upload certain credentials for scrutiny.

At the conclusion of the review exercise, this category of candidates was further classified into five groups,” he said.

However, the results of 321 candidates who either failed to heed the Board’s advice to upload evidence of their identity, vis-a-vis impersonators and others with what the board described as the incontrovertible evidence of their culpability, have been canceled.

The board said that four additional centres were discovered to have been involved in examination fraud and had been de-listed.