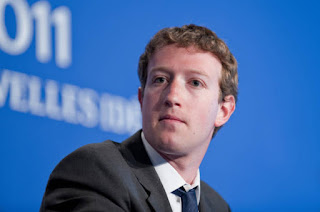 Mark Zuckerberg, Facebook founder, and CEO has reacted to call by his long-time friend, Chris Hughes, who assisted in building the platform, to break up the social media company.

Zuckerberg personally reacted to Hughes in an interview with French broadcaster while in Paris to meet with French President Emmanuel Macron.

The Facebook founder said the size of Facebook was actually a benefit to its users and for the security of the democratic process.

“When I read what he wrote, my main reaction was that what he’s proposing that we do isn’t going to do anything to help solve those issues.

“So I think that if what you care about is democracy and elections, then you want a company like us to be able to invest billions of dollars per year like we are in building up really advanced tools to fight election interference,” Zuckerberg said.

Hughes, Zuckerberg’s long-time friend, who co-founded Facebook in 2004 at Harvard with Zuckerberg and Dustin Moskovitz, had in a lengthy New York Times opinion piece call for the splitting of the social media firm in three.

“We are a nation with a tradition of reining in monopolies, no matter how well-intentioned the leaders of these companies may be. Mark’s power is unprecedented and un-American.

“It’s been 15 years since I co-founded Facebook at Harvard, and I haven’t worked at the company in a decade. But I feel a sense of anger and responsibility.

“Mark is a good, kind person. But I’m angry that his focus on growth led him to sacrifice security and civility for clicks.

“And I’m worried that Mark has surrounded himself with a team that reinforces his beliefs instead of challenging them.

“The government must hold Mark accountable. For too long, lawmakers have marveled at Facebook’s explosive growth and overlooked their responsibility to ensure that Americans are protected and markets are competitive,” Hughes wrote.

Hughes co-founded Facebook in 2004 at Harvard with Zuckerberg and Dustin Moskovitz.

Since then Facebook has grown to become the world’s largest social media platform with more than 2 billion users.

Hughes left Facebook in 2007 and has said in a LinkedIn post he made half a billion dollars for his three years of work.

Citing a sense of responsibility, he wants WhatsApp and Instagram to be made into separate companies.

Facebook spokesman, Nick Clegg had also rejected the call to split the firm.

“Facebook accepts that with success comes accountability. But you don’t enforce accountability by calling for the break up of a successful American company.

“Accountability of tech companies can only be achieved through the painstaking introduction of new rules for the internet. That is exactly what Mark Zuckerberg has called for,” he said.

I’m calling for breaking up @Facebook in an essay in the @nytimes. FB has become too big and too powerful, and it’s part of a trend in our economy of an increasing concentration of corporate power. We can fix this: break the company up and regulate it.

Mark Zuckerberg is a good guy. But the company I helped him build is a threat to our economy and democracy.

Regulation is important and necessary, but I'm not convinced breaking us up is the right path. Would love to chat about it if you're open.

“Regulation is important and necessary, but I’m not convinced breaking us up is the right path. Would love to chat about it if you’re open,” Mosseri responded to Hughes on Twitter.

Zuckerberg said that Facebook’s budget for safety this year is bigger than the whole revenue of the company when it went public earlier this decade.

“A lot of that is because we’ve been able to build a successful business that can now support that. You know, we invest more in safety than anyone in social media,” Zuckerberg affirmed.