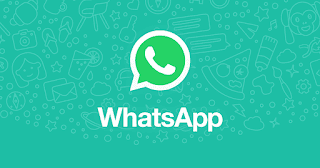 WhatsApp announced the end of support for a slew of mobile devices a few years ago and ended support for devices that run on Nokia S40 in December 2018.

WhatsApp uses your phone’s Internet connection – 4G/3G/2G/EDGE or Wi-Fi, as available – to let you message and call friends and family.

When the messenger app started in 2009, people’s use of mobile devices looked very different from today.

The Apple App Store was only a few months old then, and about 70 percent of smartphones sold at the time had operating systems offered by BlackBerry and Nokia.

Mobile operating systems offered by Google and Apple – which account for over 90 percent of sales today – were on less than 25 percent of mobile devices sold at the time.

After December 31, 2019, the Facebook-owned messaging app will stop working on all phones running any version of Microsoft Windows operating system.

The Windows Phone operating system was launched in October 2010, but in January 2019 Microsoft announced it would no longer support the software from December.

“While these mobile devices have been an important part of our story, they don’t offer the kind of capabilities we need to expand our app’s features in the future.

“This was a tough decision for us to make, but the right one in order to give people better ways to keep in touch with friends, family, and loved ones using WhatsApp,” WhatsApp said in a blog post.

Because WhatsApp will no longer actively develop for these platforms, some features may stop functioning at any time.

Thousands or perhaps even hundreds of thousands of people would be affected.

If you use one of these affected mobile devices, we recommend upgrading to a newer Android phone or a newer iPhone to continue using WhatsApp.