We have indicting evidence, documents against Saraki — EFCC

4:13 AM CuteNaija 0 Latest News in Nigeria 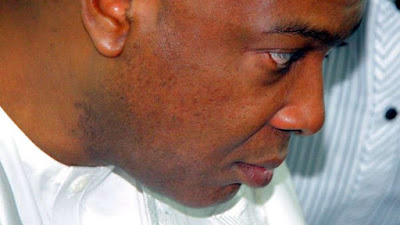 The Economic and Financial Crimes Commission has said that its decision to probe Senate President Bukola Saraki’s tenure as Kwara State governor was in the public interest.

The agency asked Saraki not to fret over the investigation into his earnings as Kwara State governor and his stewardship in the Senate, “so long as he has no skeletons in his cupboard.”

The commission also said it possessed indicting petitions and other evidence against the Senate President, noting that putting him through a legitimate forensic inquiry was the legitimate route to establish his integrity as a public servant.


Replying to Saraki’s allegations that the ongoing probe was a witch hunt, the acting EFCC spokesman, Tony Orilade, in a statement in Abuja on Wednesday, said Saraki was not above the law, noting that the commission was obligated by law to enthrone probity and accountability in the governance space, a duty it claimed to have pursued without ill-will or malice against anyone.

The EFCC refuted Saraki’s claims that the probe had to do with his appointment as the International Human Rights Commission ambassador.

It stated, “It is in the interest of the public, and for Saraki’s personal good, that he is not only above board, but be seen at all times to be so.

“Indeed, all the instances in which the EFCC has had cause to sleuth into his financial activities either as a former governor or President of the Senate were driven by over-arching public interest and due process of the law.

“Against the background of the possession of indicting petitions and other evidence available to the EFCC, even Saraki will agree with the commission that putting him through a legitimate forensic inquiry is the legitimate route to establish his integrity as a public servant.”

Stating that it had the mandate to rid the country of corruption and corrupt elements, the commission reiterated its unflinching resolve to achieve these, “no matter whose ox is gored.”

Meanwhile, the Peoples Democratic Party has warned that no harm must befall Saraki and others.

The PDP, while condemning the alleged renewed harassment of Saraki by the All Progressives Congress-ed Federal Government, also expressed concern that the government “is now using the EFCC to hound the Senate President in a clear case of political witch-hunt.”

A statement issued by the National Publicity Secretary of the PDP, Mr Kola Ologbondiyan, said that the fresh siege against Senator Saraki “is part of the larger plot for a renewed clamp-down on key opposition figures and perceived political opponents of the APC administration, particularly, to frustrate the determination to retrieve our stolen presidential mandate at the tribunal.”

He said, “Nothing else can explain the Federal Government’s obnoxious and distasteful resort to intimidation and evidence-fishing, just to nail Senator Saraki at all costs, even when nothing incriminating has been found in his stewardship as Governor of Kwara State, after several investigations.

“The Federal Government is hounding Senator Saraki even after he had been prosecuted but discharged and acquitted by the Supreme Court, after the government failed to substantiate claims of false asset declaration against him.

“The PDP holds that this renewed witch-hunt tailored against Senator Saraki and perceived opposition leaders further confirms that the Buhari Presidency and the APC have become frenetic over the overwhelming evidence that our party will present at the Presidential Election Petitions Tribunal.

“Moreover, our party already has information on how certain elements in the APC have plotted to cash in on the new siege to harm key leaders of our party, under certain guise.

“The APC is called upon to note that Nigerians are already aware of the truth in all issues leading to this renewed harassment of the Senate President. We insist that no harm must come to Senator Saraki or any member of his family.”

He, therefore, cautioned the Federal Government to retrace its steps on the alleged new plot against opposition leaders in the country.