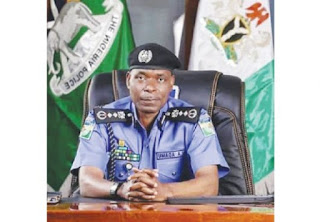 The Acting Inspector-General of Police Ag.IGP Mohammed Adamu on Friday charged senior police officers from the rank of Commissioners of Police and above to review their strategies in the on-going war against violent crimes particularly banditry and kidnapping prevalent in some parts of the country

He made the call in Abuja at the IGP’s Conference Hall Louis Edet House Force Headquarters with senior police officers from the rank of DIG to that of Commissioner of Police in attendance.

The IGP charged the Police officers to ensure that they review their operational strategies in crime fighting as the nation is currently facing difficult times in terms of security.

He said that the threat of crimes and criminality particularly armed robbery, kidnapping, banditry and other violent crimes are very alarming and worrisome to the Police hierarchy.

He charged the senior Police officers to review their operational strategies so that these crimes can be contained.

The IGP also hinted that the conference is to evaluate the extent of implementation of the Operation Puff Adder which was launched on April 5, 2019, as a Police strategy to address internal security threats within the country.

He added that the national crime profile of the country from April 1, 2018, to date indicates a significant increase in the arrest of offenders and recoveries of firearms by the Police.

While reviewing the performance of his personnel from various Police formations and number of arrests made, he said that there is significant increase in the number of persons arrested in connection with violent crimes across the country.