Sometime last year, singer Timi Dakolo called out popular COZA pastor, Biodun Fatoyinbo and accused him of sleeping with teenage girls in his church….well, he has called him out again!

According to Timi Dakolo, Pastor Biodun Fatoyinbo of the Commonwealth of Zion Assembly (COZA) in Abuja hasn’t stopped his dirty habit of sleeping with girls and dumping them.

In a series of message he shared, Timi Dakolo revealed that Pastor Biodun Fatoyinbo and his attrocities are covered by some elders in the church to the point of even paying to silence some victims. 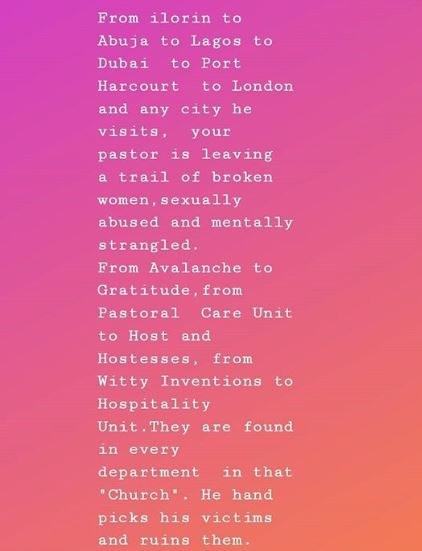 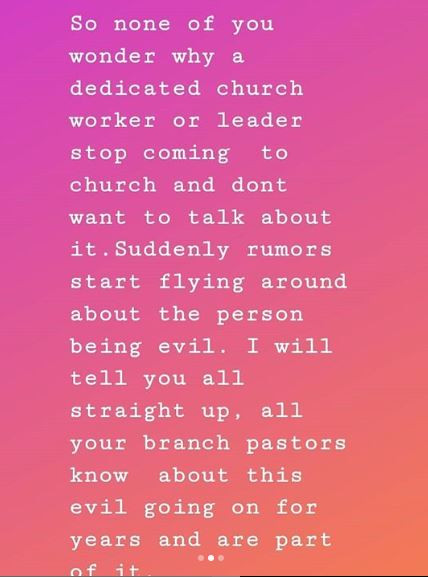 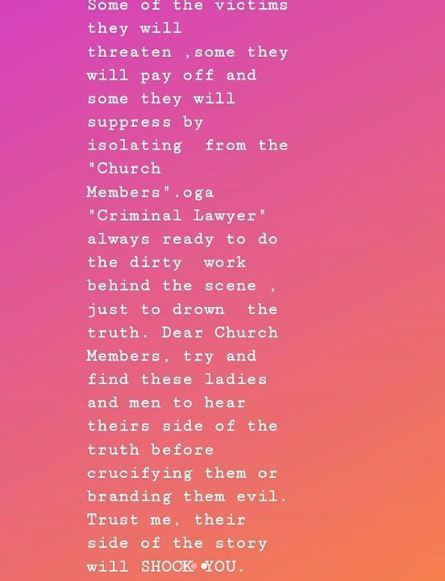 Released some notes as shared above, Timi wrote “COMMONWEALTH KO ZION NI..CHURCH IS SUPPOSE TO FIX BROKEN PEOPLE AND NOT CRUSH PEOPLE WHO SHOW UP IN CHURCH NEEDING GOD. “ 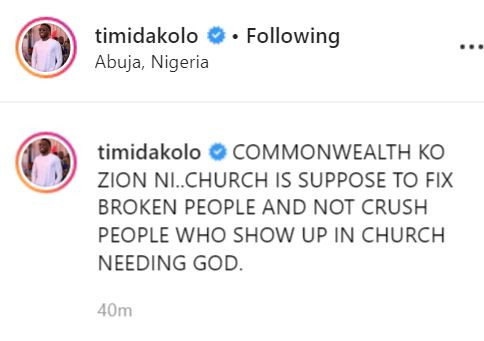 Pastor Biodun Fatoyinbo was once accused by a member of his Church, Ese Walter Ark, of having s3xual relationship with her.