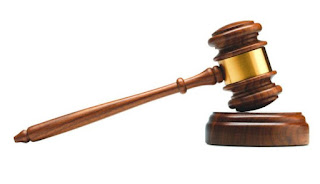 An 18-year-old boy, Sodiq Ogunsola, who allegedly stabbed a man in the eye with a screwdriver, on Friday appeared before an Ikeja Magistrates’ Court in Lagos.

Ogunsola, who resides at No. 3, Agbedeyi St., Orile- Agege in Lagos, is being tried for assault.

The Prosecutor, Sgt. Ishola Samuel, told the court that the defendant had on April 21, at Soretire Junction, Agege, Lagos, stabbed the complainant, Blessing Adeyemo, with a screwdriver over an argument.

He said Ogunsola entered into a heated argument with Adeyemo.

“It was during the argument that Ogunsola brought out the screwdriver from his pocket and stabbed Adeyemo in his right eye, ” Samuel said.

The offence contravened Section 173 of the Criminal Laws of Lagos State, 2015.

Magistrate A.R. Onilogbo, admitted the defendant to bail in the sum of N10, 000, with one surety in like sum and adjourned the case until May 27, for mention.