WHAT MANNER OF MINISTER?
Since his appointment, Solomon Dalung has been the rare public figure that just cannot get anything right. Nigeria has had its fair share of loathsome ministers but the public derision for Dalung is on another level entirely. His sins are a vile mix of incompetence with tactlessness, a disturbing lack of empathy plus an abysmal failure to comprehend the very basic idea of what public service is about. 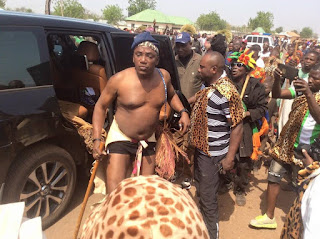 His insistence on dressing up to official functions in brown Khakis and a beret- red or black depending on his mood, in the manner of some wannabe revolutionary has not exactly helped his public perception.