4:11 AM CuteNaija 0 Latest News in Nigeria 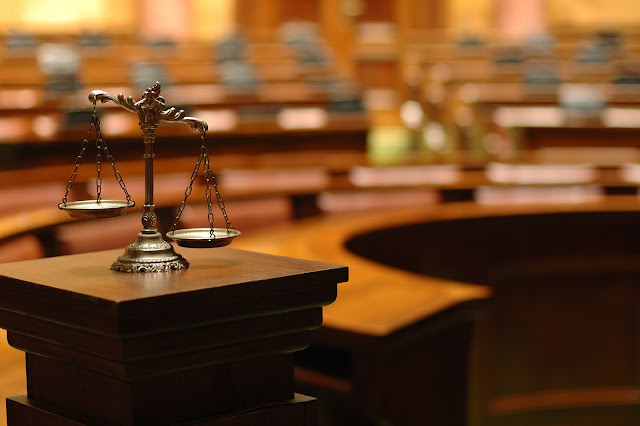 The Presidential Election Petitions Tribunal led by the President of the Court of Appeal, Justice Zainab Bulkachuwa, on Wednesday assured Nigerians and the international community of its resolve to dispense justice in all the petitions challenging the outcome of the February 23 election.

Bulkachuwa, presiding over the five-man panel, gave this assurance at the inaugural sitting of the tribunal which held in a packed courtroom of the Abuja Division of the Court of Appeal.

She leads four other members of the panel drawn from various divisions of the Court of Appeal.

Bulkachuwa pleaded for the support of stakeholders including litigants, lawyers, the press and members of the public to ensure the smooth running of the proceedings of the tribunal.

The President of the Court of Appeal who started delivering her speech shortly after leading the four other members of the panel into the courtroom at 10.05am, barred analysis of the tribunal’s proceedings in the media.

She assured that the Court of Appeal which sits as the PEPT would work in accordance and within the dictates of the constitution, the law and international best practices to ensure justice was done to all.

She said, “The independence of the judiciary is key to any vibrant democracy, especially in the resolution of election petitions.

“Therefore, an independent judiciary is a robust and an indispensable requisite of a free society under the rule of law.

“As we gather in this honourable courtroom today, I wish to use this opportunity to reassure Nigerians and friends of Nigeria, that the Court of Appeal will work in accordance and within the dictates of the constitution, the law and international best practices, to dispense justice to all, without fear or favour, affection or ill will.

“I would like to conclude with this quote by my lord, the Acting Chief Justice of Nigeria, Hon. Mr. Justice Ibrahim Tanko Mohammed, CFR, that ‘Politics is not anarchy, it is not disorderliness, it must be punctuated by justice, fairness and orderliness.’”

There are a total of four petitions challenging the victory of President Muhammadu Buhari and the All Progressives Congress at the poll.

One of the petitions was filed by the Peoples Democratic Party and its presidential candidate, Alhaji Atiku Abubakar.

Bulkachuwa said there were 78 panels set up to hear election petitions throughout the federation.

She said Imo State, with 76 petitions out of the total 786 filed across the country, had the highest number of election petitions filed in the aftermath of the 2019 general elections.

She said no petition was filed in Jigawa State.

She warned lawyers, the media, litigants and members of the public from analysing its proceedings in the public.

She noted that the practice of analysing court proceedings and passing a verdict before the court pronounced its judgment in many high profile cases on the social and electronic media would not be condoned for the proceedings of the tribunal.

She warned that whoever contravened the directive would be sanctioned.

She said, “We assure all stakeholders that each litigant will be given equal opportunity to present his case in a mature manner before us.

“We are witnesses to what has been happening in high profile cases where such cases are being discussed and publicly decided prematurely in both the social and electronic media before the announcement of the verdict by the court.

“We pray that this time would be an exception for the benefit of the nation. We don’t expect counsel to any of the parties to hype the polity after any sitting by making a public analysis in the media as to what transpired in court.

“These proceedings should be treated as would any other low-profile case, where proceedings in court are not discussed publicly until a decision is pronounced by the court.

“This admonition is also extended to the parties, their respective counsel and the members of the press.

“We on our own part, will make relevant information available as at when due.

“Any breach will not be condoned and we will not hesitate in taking necessary action against such offenders.”

Seeking the cooperation of stakeholders for smooth running of the tribunal’s proceedings, she said she expected all to conduct themselves with decorum, a high sense of responsibility, dedication, and patriotism.”

Responding, the lawyers representing the PDP and Atiku, Buhari, the APC and the INEC promised to cooperate with the tribunal.

Speaking, Buhari’s lawyer, Chief Wole Olanipekun (SAN), advocated that all that was being said and written about the pending petitions before the tribunal in the media should stop with the tribunal’s commencement of sitting.

Mr. Lateef Fagbemi (SAN), who represents the APC, commended the petitioners for “registering their protests (against the election)” by approaching the tribunal and not resorting to war.

He added, “It is becoming unfashionable to engage in war.

“The only war that is fashionable is the war in court. And I used ‘war’ advisedly.”

Fagbemi promised the tribunal that the various lawyers appearing before it would advise their clients to patiently wait for the judgment of the tribunal.

After the inaugural sitting ended, the tribunal began to call the petitions filed before it one after the other.

At the end of the proceedings in respect of each of the petitions, the tribunal fixed May 15 for a pre-hearing session on Atiku’s petition.