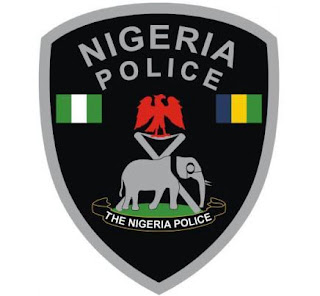 The FCT Police Command said it has arrested eight suspects in connection to the death of a lady in Abuja.

The lady, Esther Okah was allegedly stabbed by the suspects in Karimo area of Abuja after attempts to steal her handbag failed.

According to Police, she was stabbed in her friend’s car while on her way home from a dinner outing in Gwarimpa.

Her friend, Gokhan Boyaci a Turkish national was also stabbed by the suspects when they stopped to ask for direction.

Giving details of how she died, the Command’s Deputy Spokesman, ASP Danjuma Tanimu said: “On the 5th May 2019 at about 0300hrs one Esther Nasikah Okah was stabbed at CBN junction ungwan cement Karimo by an unknown assailant on her way home after a dinner outing with friends at Gwarimpa.

“One of her friends from the dinner Mr. Gokhan Boyaci, a Turkish national of Dutse Alhaji who gave her the ride stated that after the dinner, he assisted to drop her at life-camp, on reaching life-camp she stated her house was further down around Karimo on reaching the CBN junction she asked him to stop so that she can ask, the three men standing by the roadside of her location.

“In the process, one of the men sighted her bag in the vehicle and tried to remove it which led to a struggle and he stabbed her on the neck twice. Mr. Gokhan Boyaci then tried to help but he was equally stabbed.”

It continues: “With the injuries, he was able to drive off from the scene to a clinic in Gwarimpa where she was given first aid and advised to be taken to the National Hospital for further treatment.

“On arrival at the National Hospital efforts were made to save her but she was confirmed dead.”

The Police said after Esther was confirmed dead, Boyaci went and reported the incident at the Karimo Divisional Headquarters.”

The Commissioner of Police FCT, CP Bala Ciroma while urging FCT residents to continue supporting the police with useful information, reassured them of Command’s commitment to checkmating crimes and criminalities.