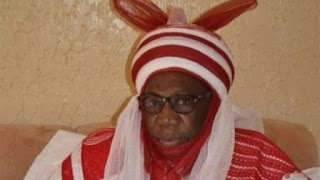 The Chief of Naval Staff, Rear Admiral Ibok Ekwe Ibas disclosed this at the end of a security meeting with President Muhammadu Buhari at the State House, Abuja today.

Ibas who spoke on behalf of his colleagues told State House Correspondents that in a short while those behind the crime would be brought to book.

“Serious efforts are being made. Key suspects have been arrested and it is hoped that in a short while those behind that crime will be brought to book,” he said. Uba who is a senior traditional title holder in Daura Emirate Council was kidnapped on Wednesday 1st of this month at his Daura residence.

It was gathered that eight days after the traditional ruler who is married to Buhari’s niece, Hajiya Biliki was kidnapped, he has not been released.