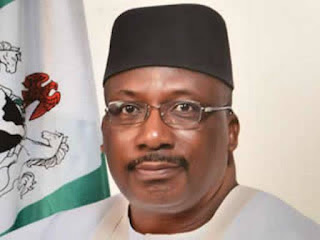 The Acting Inspector-General of Police IGP Mr Mohammed Adamu and the Minister of Interior Dr. Abdulrahman Danbazzau has pledged their unwavering commitment in tackling of trans-national crimes and all other forms of criminality in the West African sub-region.

The IGP and the Minister gave the assurances of their commitment to the fight against criminality in West African countries on Tuesday at the opening session of the West Africa Police Chiefs Conference in Abuja.

The IGP stated that the gap in security meetings by security officers had impacted on the ability of member countries of WAPPCO to constantly and effectively review the security situation in the region and proffer solutions.

The Police boss who doubles as Chairman if WAPPCO also hinted that the assemblage of Police Chiefs was designed to undertake a periodic review of regional security issues in the sub-region.

The IGP, therefore, called on the sub-regional Police Chiefs to find some ways and means of fostering greater collaboration with other sub-regions with Central Africa and other international partners notably INTERPOL and the European Union.

Similarly, the Minister of Interior Lt.Gen Abdulrahman Danbazzau (rtd) said that there is a need for greater collaboration among security agencies in such a way that trans-national crimes such as terrorism and other crimes can be squarely tackled security forces.

He pledged the commitment of Federal Government of Nigeria through the Ministry of Interior in tackling security challenges bedeviling the West African sub-region.