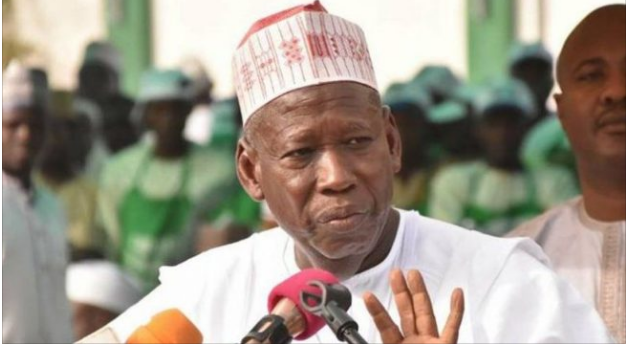 Abdullahi Ganduje, governor of Kano state, has vowed to give assent to the bill requesting the creation of four first-class emirate councils in the state.

The creation of more emirates will whittle down the influence of Muhammadu Sanusi, emir of Kano.

Speaking at a media briefing ahead of the 136th state executive council meeting, the governor said he would sign it into law immediately he receives it.

“We heard about a bill sent to the state house of assembly, requesting them to make a law for the creation of four more emirs in Kano,” he said.

“We believe the petitioners did it in good faith. And they want the development of the state. I hope the legislative arm would work on it and forward to me for assent of which I am ready to sign into law without any waste of time.

“That is the popular wish of our people. This will also go a long way in hastening growth and development for the state.”

Ganduje said the idea had been on for many years, adding “With the creation of more emirates, all sectors of the society would improve.

“It will also lead to more concentration on our health, education and other equally important sectors of the society. That is why I said there will be no waste of time in signing the bill into law.

“That is the popular wish of our people. The people of Kano state. This will also go a long way in hastening growth and development for the state.

“The efforts didn’t get through many years ago but now we are happy to see that the idea would come into fruition.”

Nigerianeye had reported how Kabiru Rurum, speaker of the state house of assembly, read a letter from one Ibrahim Salisu, seeking the creation of new emirates in Karaye, Bichi, Rano and Gaya.

An official of the state government, who asked not to be named, revealed that Ganduje was determined to either remove Sanusi or whittle down his power.

Sanusi is believed to have opposed the re-election of Ganduje, who needed a disputed supplementary election to be returned to office in the March 2019 governorship election.

“The governor is determined to remove the emir, and if this does not succeed, he will break the emirate into pieces to whittle down Sanusi’s power,” the source had said.

Ironically, Ganduje’s move to break the emirate into smaller units will mirror what Abiola Ajimobi, the outgoing governor of Oyo state, did to the olubadan of Ibadan, Saliu Adetunji, whose authority Ajimobi sought to decimate by approving 21 beaded kings for Ibadan.

Ganduje and Ajimobi are in-laws.