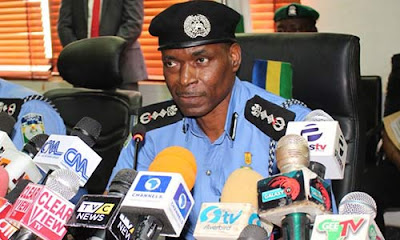 Mohammed Adamu, inspector general of police, says supervisors of trigger-happy police officers will be held liable for the infractions of those under their command.

Adamu spoke during an interactive session with officers-in-charge of the Special Anti-Robbery Squad (SARS), anti-kidnapping squad and other special units on Thursday.

The IGP issued the warning in respect of the recent killings by trigger-happy police officers.

SARS has been accused of indiscriminate killings on different occasions and Nigerians have repeatedly called for the disbandment of the unit.


Most recently, Kolade Johnson, a resident of the Mangoro area of Lagos, was killed in March by stray bullets fired by a SARS operative.

Adamu said the killings have caused Nigerians to lose trust and confidence in the security unit.

“It has become imperative to have this interactive session with you because of the need to address concerns on the rising rate of armed robberies, kidnappings, banditry and other violent crimes in the country,” Adamu said.

“Within this context, we must also address issues touching on the abuse of powers, misuse of firearms and other extra-judicial actions by personnel in your Units.

“Let me re-emphasise here, once again, that our primary responsibility is to protect the lives and property of the citizens we were engaged to serve. Indeed, these unprofessional actions have led to lack of confidence and trust in the police and this impact on our crime prevention capacity.

“Again, let me sound a note of warning here as I have done in various fora, that any officer that is involved in extra-judicial killing and abuse of power will be held accountable for his action and risks losing his job and facing criminal prosecution. Furthermore, you as the line supervisors of such erring officers shall be held vicariously liable for supervisory negligence be similarly sanctioned.”

The police recently released some tips for motorists to abide by when approaching a security checkpoint or when flagged-down by police officers in order to avoid problems.