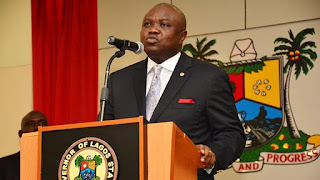 There is an ongoing drama in Lagos as the Lagos State House of Assembly is yet to transmit to Governor Akinwunmi Ambode the 2019 Appropriation bill to be signed into law over one week after the lawmakers passed the bill.

The House, on April 29 passed the budget and added N21 billion to the original budget of N852.317 billion presented by the governor. The budget has been one filled with political undertone as Ambode could not present the budget in December and had to present it in February.

The total budget size passed by the Assembly is N873.532 billion.

Five months into the year, pains and anguish are being experienced by Lagosians because of the non-implementation of the budget, as the Assembly is still holding on to the bill.

There is disquiet in government as activities have been grounded because there is no money to execute projects due to the fact that the Assembly appears to be holding the state in the jugular by not transmitting the bill to the executive to be signed into law.

Findings show that the bill has not left the House of Assembly to the governor for signing as government officials are eagerly awaiting when the bill would be signed by the governor, especially when they are expecting their new minimum wage to be paid by the end of this month.

A top government source told newsmen that the governor would not sign a bill he had not seen and that the Assembly had not yet returned the instrument for signing by the governor, as they were playing politics with the issue.

The permutation around is that the lawmakers did not want the governor to attest to the bill, thus, exploring delay tactics till May 29 when Ambode would hand over to a new administration.

Another permutation is that the lawmakers are acting on a superior order to frustrate the governor and ensure that he would not benefit from the budget.

Sources at the State House of Assembly have refused to speak, as everyone is keeping mute over the matter.