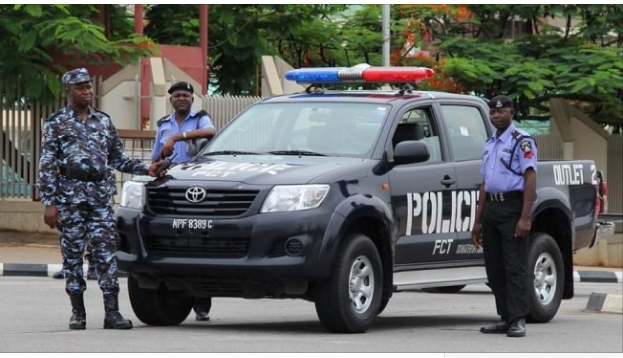 The police have released tips for motorists to abide by when approaching a security checkpoint or when flagged-down by police officers.

In a series of tweets, the police urged motorists to be polite when answering questions put to them by the officers and shouldn’t dare or challenge an armed security man to a duel.

“Endeavour to slow down your vehicle. It shows that you are not reckless. It also douses suspicion that you are a criminal and may want to speed off,” the police tweeted.

“Turn down the volume of your car stereo. Courtesy demands this. Besides, you are able to hear each other better. This simple act will also help you to win the confidence of the security operative.


“Keep your hands visible to avoid unnecessary suspicion or fear by the officers that you are attempting to bring out a gun or other harmful objects to attack them.

“Turn on the inner light of your vehicle while approaching the cops (if at night). It readily sends an unspoken message that you have nothing to hide.

“Be friendly and cheerful. Commend the officers especially when you see them working under very unfriendly weather conditions such as the rains, the harsh harmattan conditions, excessive heat, cold or sunshine.

“We know it’s their job, but a little kind word from you will do a lot of good. Remember when you smile at the mirror, the mirror smiles back at you.

“Endeavour to be polite even when answering questions put to you by the officers. Don’t dare or challenge an armed security man to a duel.”

Oftentimes, according to the police, people are heard saying things like ‘shoot me, if you can!’ This, the police said is a recipe for disaster, as it is very provocative and an unnecessary call for war.

“So, please play safe, more so, as you do not know the state of mind of the officer concerned,” the police added.

To be on the safer side, the police asked motorists not to give the impression that they are unhappy to see an officer on his beat or that he is wasting their time.

But if they have an emergency, they should politely inform the officer and shouldn’t speed off while still being checked.

It added that name tags, force or service numbers, personal description, description of weapons or patrol vehicle of the security officer especially where the officers begin to conduct themselves in unprofessional manner should be noted.


‘YOU ARE APPROVING INEPTITUDE FROM YOUR MEN’

Some Twitter users are not in agreement with these tips as they believe the police still have a lot of work to do on its men.

“All I see is you guys approving ineptitude from your men. These ain’t applicable policies,” a Twitter user wrote.

Another user wrote; “So it’s okay to shoot an unarmed civilian because he dared you to shoot? How does this even make sense? I’ve been to saner clans, live in one now, the police talks politely to you and even calms you down when you’re agitated or angry, Nigerian police tells you they will shoot you.”

Another user thanked the police for “lacking the capacity to train its personnel to conduct themselves professionally and also bring erring officer(s) to book when they go against the rule of engagement.”

The police have always come under heavy criticism following how its officers, especially those attached to the special anti-robbery squad (SARS), harass and kill citizens.