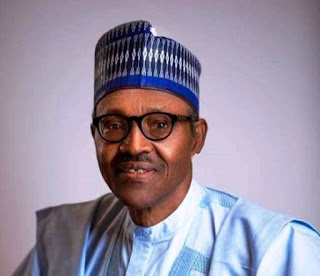 President Muhammadu Buhari on Friday said the federal government of Nigeria was determined to tackle the problem of youth unemployment in the country.

The president, who was represented at the 13th convocation ceremony of Nnamdi Azikiwe University, Awka, Anambra State, said his government would achieve this through steady funding of education, which he identified as the bedrock of the socio-economic development of society.

Buhari, who is the institution’s visitor, was represented by the Minister of State for Education, Prof. Anthony Anwuka, at the event during the conferment of the award of postgraduate and honourary degrees to beneficiaries.

The President said the federal government would remain undaunted in tackling youth unemployment, assuring that he would give maximum attention to education.

He said, “Let me at this point restate the conviction of the federal government that education is the bedrock of the socio-economic development of society. Consequently, within the limits of available resources, this government will continue to give a primary place to education.

“The federal government will remain undaunted in tackling the challenge of youth unemployment and underemployment through a matrix of initiatives: N-power, the Bank of Industry ‘s Youth Entrepreneurship Support (YES) Programmes and the Central Bank of Nigeria and Bank of Africa Support Schemes. Please explore such opportunities.

“As part of its continuing efforts to stave off the menace of youth employment, government has put in place a number of initiatives to boost the employability of graduands of our tertiary institutions, either as employees or in self-employment.

“These initiatives include, but not limited to, the Energizing Education Programme, through the Rural Electricity Agency, the intent of which is, inter alia, to provide captive power plants for selected tertiary institutions, thus providing them with much needed uninterrupted power supply; and the Skill G project by TETFund which provides computers, laboratory equipment and other learning resources to tertiary institutions.

“I congratulate Nnamdi Azikiwe University for being a beneficiary of these two landmark projects, which it attracted through its commendable track record in infrastructural development.”

In his address, the Chancellor of the University and Gbong Gwom Jos, Da Jacob Gyang Buba charged the graduands to make the difference for good in any endeavours and communities they found themselves in haven been equipped with knowledge, skills and values.

The Vice Chancellor, Prof. Ahaneku who reeled out his achievement which elicited applause from the people thanked the federal government for the opportunity given him to serve.

It was gathered that three distinguished Nigerians; the Obi of Onitsha, Igwe Nnaemeka Achebe; Sir Emeka Offor of Chrome Group of companies and Ambassador Baba Gana Kingibe, presidential running mate to Chief MKO Abiola in the 1991 election were conferred with honourary doctorate degrees.