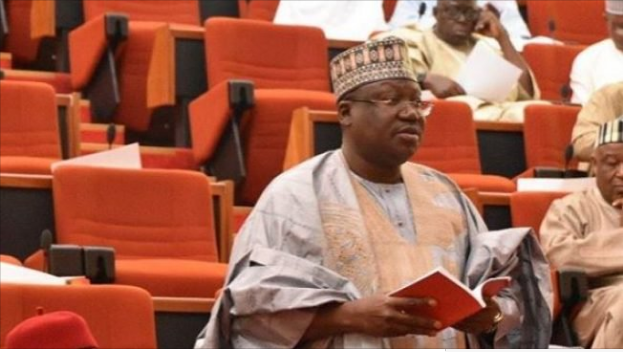 He told newsmen in Abuja that although his mission is to have a Senate and the National Assembly that will work for Nigerians, his ambition is not a do-or-die affair.

Lawan, who may likely face a tough battle against Senator Ali Ndume, said “we contested for this thing in 2015 and it was the will of God that I will not be Senate President and you will bear me witness that that did not stop me from going to the National Assembly to participate in activities of the Senate.


“Most of us believe that God Almighty that created us also has designed our lives from cradle to grave and I believe in that.

“So, it is not a do or die affair and I believe that should we not make it, that will not stop us from working to represent our people, do our oversight, to legislate for the good governance of this country, to support the Senate and the National Assembly and to support Mr. President to deliver the campaign promises of the APC as a political party”.

On the nation’s budgeting crisis, Lawan said: “Our approach in the National Assembly will be that we will talk amongst ourselves; we will tell ourselves that we want to pass the budget within three months. If we agree on that, then we will also have to agree on how we will achieve that.

”First, we should not leave the shores of Nigeria for anything unless it is health problem. We must stay around; ensure we have a time frame for budget defence. When I say time frame, I mean we will devote a whole month to it, not plenary unless it becomes absolutely necessary.

“We will approach the executive arm of government and discuss things with them. For Mr. President, there will be nothing more that will gladden his heart than having a budget passed within three months and I am sure it is the same for Nigerians.

“It will be a huge relief if we can achieve it. So, we will tell the Executive arm of government that no Minister, no chief executive officer of any MDA should leave this country unless it is absolutely necessary and inevitable without defending his or her budget or the budget of the ministry.

“That one month window should be the only window for budget defence. If any minister or any chief executive officer fails without cogent reasons to defend the budget of the ministry, then that window will be shut and the National Assembly should treat that proposal as it deems fits with all the necessary safeguards to ensure that there is no abuse.

“After the budget defence, we should have two solid months to have all the analysis we need, all the sub-committees would meet for their defence with the sub-committees in the House and the Senate and it is our hope and desire that before the Christmas break of the National Assembly, the budget should be sent to Mr. President for assent.”