7:29 AM CuteNaija 0 Latest News in Nigeria 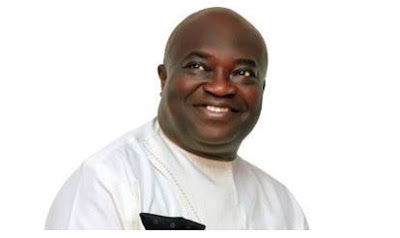 The Nigerian Medical Association on Thursday said the Abia State Government owed doctors and other health workers at the Abia State Teaching Hospital up to 13 months’ salaries, while members of the state Hospital Management Board had not been paid for 10 months.

The NMA President, Dr Francis Faduyile, said this in Abuja while reading the communique issued at the end of the 59th Annual General Conference and delegates’ meeting of the association which was held in Abakaliki, Ebonyi State.

Faduyile noted that the salary of Nigerian doctors was abysmally lower than what their counterparts were offered in other countries, stating that the NMA would appear at the next meeting of the Nigeria Governors Forum to discuss the issue with state governors.

He said, “The AGC/DM expressed great displeasure and frowned on the failure of the Abia State Government to pay the salaries of doctors and other health workers working at the Abia State University Teaching Hospital for up to 13 months and Abia State Hospital Management Board for 10 months.

The NMA president also called on the police and other security agencies to secure the release of two doctors kidnapped in Taraba State.

He added that the two doctors were still being held even after the ransom demanded was paid.

The NMA president said the association decried what he described as criminalisation of Nigerian doctors, noting that all grievances relating to the medical and dental practice should be directed to the Medical and Dental Council of Nigeria.