Woman knocked down by soldiers driving against traffic 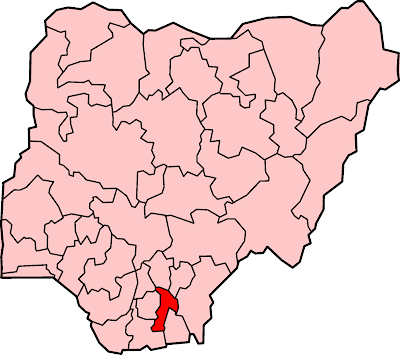 An unidentified woman has been knocked down by soldiers driving against traffic in Aba, the commercial nerve of Abia state, South-East Nigeria

Sources at the popular Aba abattoir located within the area stated that the incident happened at about 6pm when the soldiers were driving against traffic as there was gridlock that usually greet the Aba-Ikot Ekpene axis of the expressway especially in the evening, though they alleged that the heavy gridlock was because of the presence of a police team at the end of the bridge, conducting stop and search operation.

According to sources, the soldiers immediately rushed out of their van to carry the victim into their vehicle to unknown destination.

The sources who could not ascertain whether the soldiers were responding to a distress call said that the woman’s chances of survival were slim because of the impact of the accident on her as she was said to be bleeding when she was taken off the scene by the soldiers.

A source who claimed to have witnessed the accident said it could have been avoided if only the soldiers were not on a high speed even while they were driving against traffic.

According to the source, the over-speeding patrol van rammed into the woman while she was trying to cross over to the other side of the road.

“This accident could have been avoided if the army van didn’t drive against traffic. They were not only driving against traffic, they were also over- speeding,” the source said.

Another eyewitness who simply gave his name as Lucky said, “Aba people were getting agitated and the situation almost escalated, but most of us reasonably moved away from the scene as they carried the body into their van.”

Military personnel who pleaded anonymity debunked the insinuations that the woman was dead, but stated that she was rushed to a private medical facility where she was promptly attended to.

Though the source could not ascertain whether the soldiers were responding to a distress call when probed on why the soldiers were driving against traffic as alleged, it disclosed that the woman, who is a sister-in-law to a top officer in a sister security agency, was moved to Port-Harcourt, Rivers State yesterday morning on the directives of her brother-in-law.