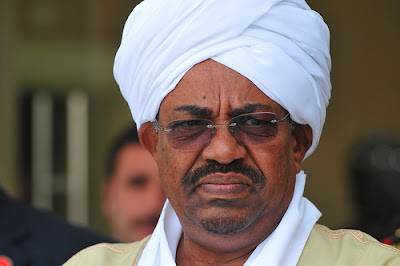 In a statement on Thursday, General Awad Ibn Auf said al-Bashir was taken to a “safe place” after the “toppling of the regime” and also announced the formation of a military-led transitional government, which will rule for two years.

“The armed forces will take power with a representation of the people to pave the way for Sudanese people to live in dignity,” said Ibn Auf, the country’s vice president and defence minister.

He also declared a three-month state of emergency and the suspension of the 2005 constitution, as well the closure of Sudan’s airspace for 24 hours and of border crossings until further notice.

All of Sudan’s government’s institutions, including the National Assembly and national council of ministers, have been dissolved, Ibn Auf added, assuring that Sudan would soon prepare for “free and fair” elections.

Ibn Auf’s announcement came against the backdrop of a sixth successive day of anti-government protests outside Sudan’s army headquarters in the capital, Khartoum.

Demonstrators have staged a mass sit-in outside the complex to call for the army to support their bid to see al-Bashir peacefully removed from power.

The Sudanese Professionals Association, which has been spearheading the protests, rejected Ibn Auf’s move as a “military coup”, however, and vowed to hold further demonstrations.

The SPA said in a tweet it was demanding the “handover of power to a civilian transitional government that reflects the forces of the revolution”.

But Al Jazeera’s Hiba Morgan, reporting from Khartoum, said the “future of Sudan is very much in the hands of Ibn Auf”.

“Most of the members of this military council are part of the ruling National Congress party and old regime … but the protesters want new leaders, civilian leaders, not the military,” Morgan said.

Protests against al-Bashir, who took power in 1989 and is wanted by the International Criminal Court, started in December over rising bread prices but quickly morphed into broader calls for him and his political entourage to release their grip on power.

Representatives of the anti-government Girifna resistance movement, which has helped organise the anti-government protests, said the group would also continue to protest until its demands for a political overhaul were met and described Ibn Auf’s announcement as a “slap in the face”.

“The three-month state of emergency and two years transition is not what we were fighting for,” Girifna member Hajouj Kouka told Al Jazeera from Kenya.

“We are going to use the same momentum that we had to fight Ibn Auf, he is the new enemy … we are not done,” he added.